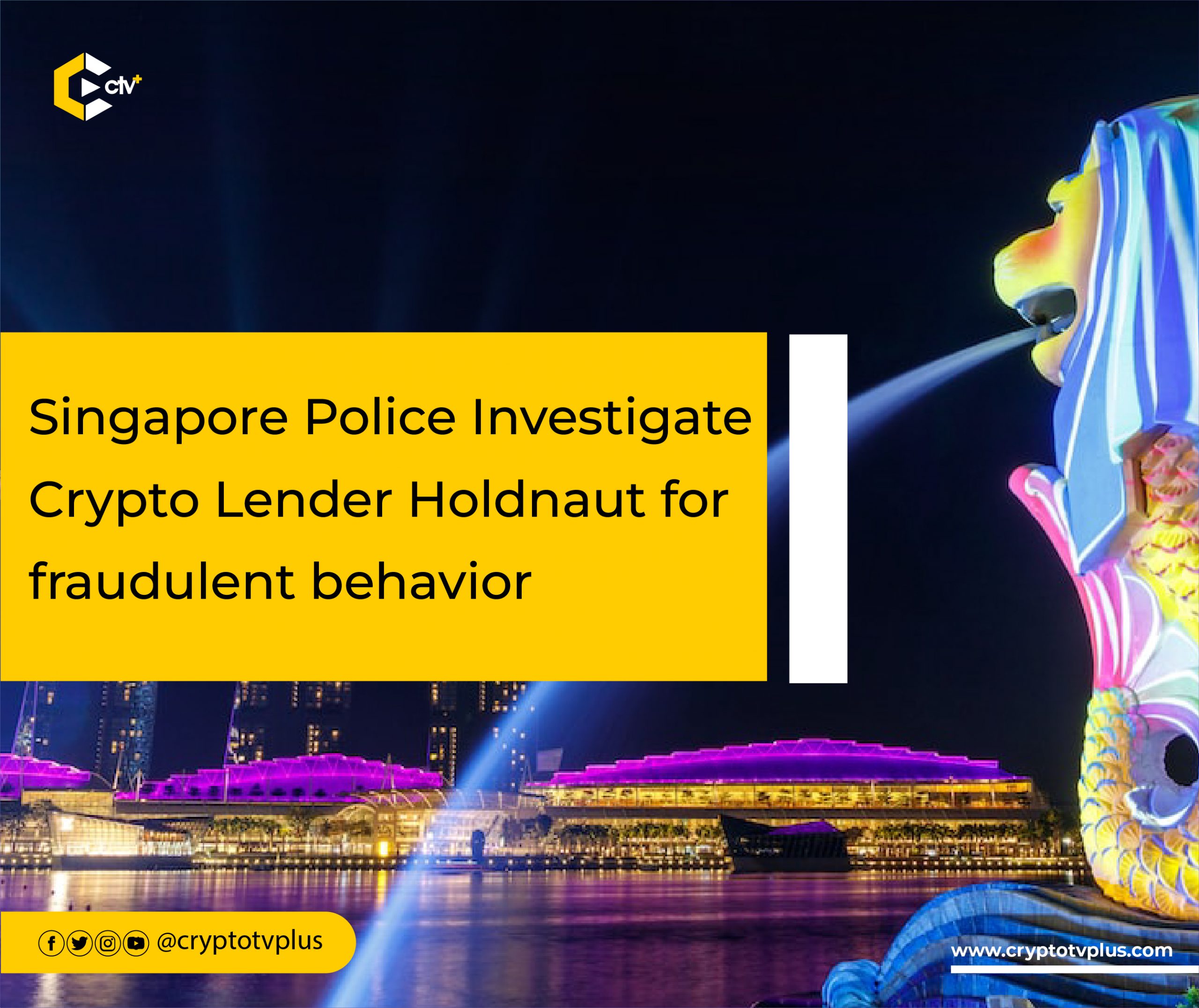 Hodlnaut, a Singapore-based Crypto Lender is reportedly being investigated by Local authorities due to allegations of cheating and fraud.

In a report published by local media outlets,  the commercial affairs department of the Local Singapore Police has launched an investigative probe into the Founder of Hodlnaut, citing some complaints concerning the platform between August and November 2022.

The Singapore Police, however, noted that the majority of the complaints revolve around false representations and misinformation regarding the company’s exposure to certain digital tokens.

As the investigation is ongoing, the Police have advised investors who were impacted by the crisis to fill out an online complaint form, alongside verifiable documents of their transaction histories on the crypto lending platform.

On August 8, The platform suspended withdrawals, citing a liquidity crisis. This was possibly the first sign of trouble for the platform.  The suspension for withdrawals came just months after the contagion that took place during this year’s second quarter, led by the implosion of the Terra Ecosystem.

At that time, the platform claimed they had zero exposure to the now-defunct algorithmic Terra stablecoin now called TerraUSD Classic (USTC). However, the truth came to light when on-chain data contradicted their claims and showed they had at least $150 million in USTC.

This data was later confirmed by a judicial report in October. In the report, it was revealed that the lender had lost nearly $190 million to the Terra collapse and later deleted thousands of documents related to their investments in order to hide their exposure.

The Crypto Lender Hodlnaut however, managed to keep its USTC exposure under wraps for almost three months after the collapse of the Terra ecosystem but eventually fell prey to the liquidity crunch forcing it to seek judicial management under which a court appointed a new interim CEO for the firm. Three months down the line, its directors are now facing a police probe for keeping users in the dark.