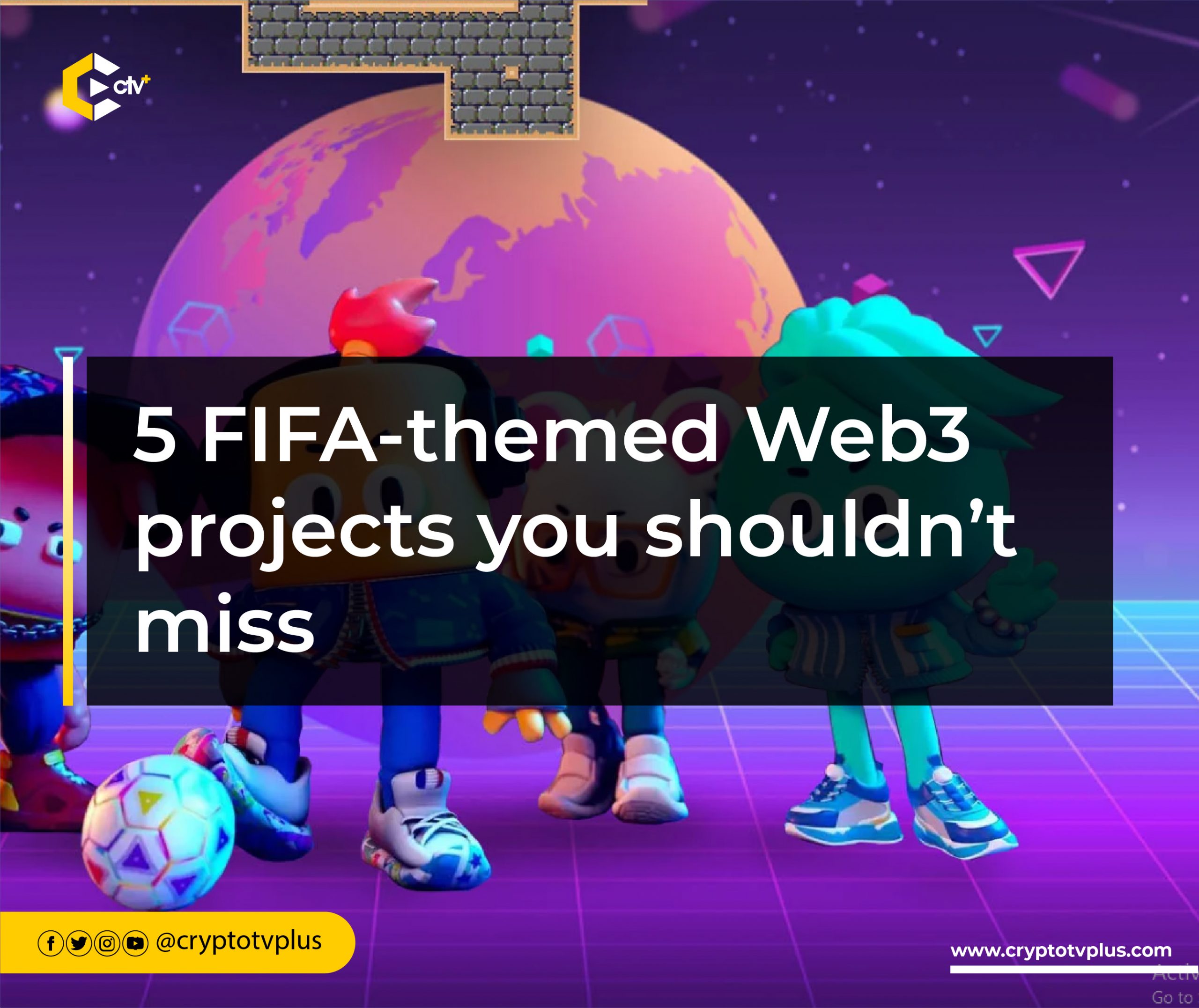 The FIFA World Cup has finally begun, and the Web3 space isn’t being left out of the excitement.

Once every four years, the whole world witnesses the biggest gathering and celebration of the game of Football — the FIFA World Cup with thirty-two teams vying for the coveted World Cup trophy. Renowned and upcoming players alike get the same opportunity to win world accolades.  The World Cup is a marathon of football matches guaranteed to keep football fans on the edge of their seat.

However, football fans aren’t the only ones with a reason to be excited. Web3 natives can now participate in several opportunities to be a part of the action as well. This is because FIFA has also dipped its feet into the web3 waters, alongside others who are providing web3 earning opportunities.

This world cup is accompanied by FIFA-themed Web3 projects that promise to make the 2022 World Cup as exciting and as memorable as possible. Let us take a look at a few.

FIFA and Altered State Machine(ASM). Partner to bring  FIFA World Cup AI League. A project that allows fans to collect memorable moments from the history of FIFA on the blockchain and own them. The project is an AI gaming experience that begins with a prediction game that is playable during the World Cup. It offers rewards such as gaming setups, Vivo phones, Adidas gift cards, and more. As players rise in the ranks, they get to unlock an entire AI NFT collectible Team and stand a chance to win original accessories and clothing for these collectibles.

After the World cup, players still have a load of action, as the game experience allows players to own, trade, and train their own fully customized AI Collectible Team, where they get to compete in the AI street football league games in the metaverse.  As a player, you can have the experience of being your team’s coach, improving the abilities of your players, and trading your players for cash or other collectible players.

A project by FIFA itself, FIFA Plus collect is the one-stop shop for all digital collectibles featuring iconic moments from FIFA’s history.

With this project, FIFA allows fans to collect pieces of FIFA’s rich football history on the blockchain. The platform was built on Algoland Network

Asa user, once you sign up, you get to collect these memories, and once you have collected enough, you can begin to compete with other users to win rewards and official collectibles.

After that, you will be required to fill in your personal and financial details.

With FIFA plus, users can Collect and own officially licensed digital collectibles from FIFA’s legendary 92-year history that they can showcase, trade, and use in challenges to earn exclusive rewards.

The platform allows you to grow your collections, moving you up the leaderboard and making you eligible for more prizes and rewards as you go higher.  Users can alos go on virtual quests once their collections are complete.

The platform is loaded with regular drops for users. The drops are stored in an archive where users can pick and choose which they prefer to access. To access the latest drop, click here.

Six Sigma sports is a project that operates the predict-to-earn model on the web3 space. The project combines the innovations of DeFi with Cosmos scalability, to create a user-driven marketplace for sports betting.

Users can earn during the world cup, by predicting and betting on match results. Currently, users who register for their test net stand a chance to win a PS5 and a FIFA 20203 Game.

Although the Project is still in the Testnet Phase, there are still opportunities for future rewards. While the testnet Token has no value or utility outside of its testnet,  500,000 mainnet tokens are up for grabs for the first 1,000 users to participate. Additional mainnet tokens will be given to the top 10 most active users who place bets on testnet regularly.

To learn more about how to participate on the testnet, click here.

Matchday, like Six Sigma, is a prediction-based game that utilizes football cards built on the Solana Ecosystem. The cards are also used to d= build and manage virtual teams.

On Nov 19, the project announced its World Cup challenge, to commence at the same time as the world cup. On that same day, they announced a giveaway competition to celebrate the start of the World Cup, and on the 13th, they announced their partnership with FIFA and FIFPRO to be their founding Ambassador

Matchday allows users and football fans to compete with others via match predictions of the ongoing FIFA World Cup matches, You can rank higher on leaderboards, which makes you eligible for rewards and prizes.

The goal is to earn points as you predict. The points are based on the accuracy of your prediction, bonus points are available if a member of your virtual team plays well in that match.

By playing the challenge, you are eligible to receive free packs which may contain World Cup Edition cards. You’ll also have the chance to purchase them during the tournament. The cards are yours to keep! They remain a part of your squad after the World Cup and are playable in all future Matchday games.

The new collectible project allows users to highlight and own memorable collectibles from different moments of the ongoing World cup.

Upland offers Collectible Bundles that help you earn rewards by completing collectible albums with items from these bundles.  Completing the albums moves you up the leaderboard and makes you eligible to win and receive rewards and prizes

Prizes and rewards up for grabs include  UPX, Spark, properties in World Cup Village, a very exclusive FIFA World CupTM Outdoor Decor Trophy., as well as cars and virtual property on Upland’s metaverse.

The platform also acts as a marketplace where users can trade Mementos, including Spotlight videos of match highlights from this year’s tournament.

We could be seeing lots of world cup themed web3 related airdrops and giveaways throughout the World Cup event. As the world tunes in to watch the various World Cup games, Web3 founders and natives would be looking to take advantage of the attention to create more web3 innovation.