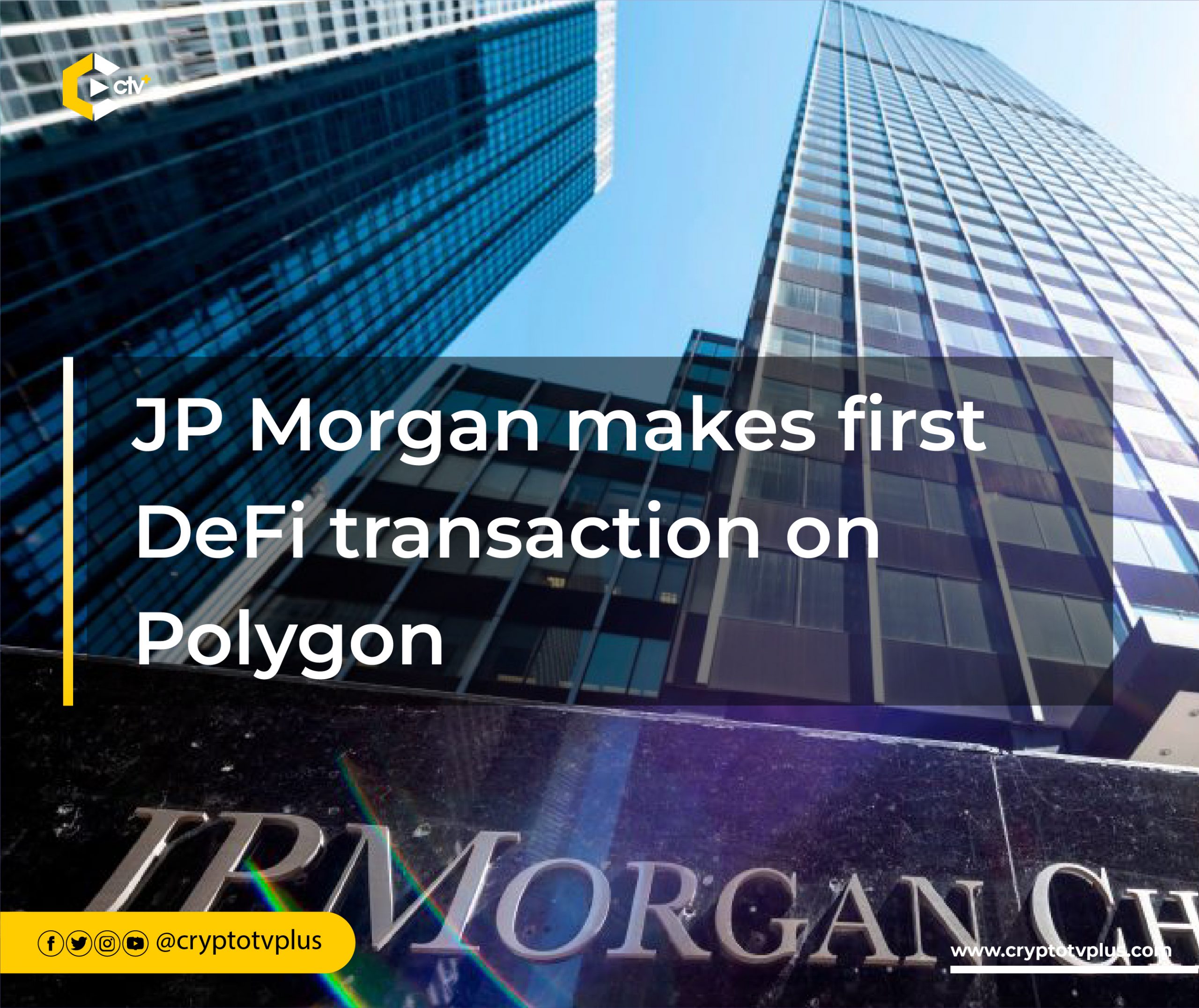 JP Morgan made its first DeFi transaction on a public blockchain on November 2, 2022. The Head of Blockchain launch and Onyx Digital Assets at JPMorgan, Tyrone Lobban, shared the news in a tweet:

WORLD! J.P. Morgan has executed its 1st *LIVE* trade on public blockchain using DeFi, Tokenized Deposits & Verifiable Credentials, part of @MAS_sg Project Guardian 🙌🚀🔥https://t.co/XI212SG4zg Many world 1sts here, & since this is public ⛓ here’s a transparent🧵on what we did:

The global bank initiated the project in partnership with the Project Guardian, an initiative by the Monetary Authority of Singapore (MAS). Project Guardian was launched in May 2022 as a test run to inquire about the various use cases of decentralized finance applications in the traditional financial market. Before the launch, JP Morgan and DBS entered an agreement to create an interbank structure based on the blockchain, the report stated.

Blockchain is gaining more acceptance in the business world, and tokenization is one use case of the technology which Cynthia Wu, COO of Matrixport, believes could change everything in the next ten years.

A report by Boston Consulting Group also projects that by 2030, the total size of illiquid assets will be at $16.1 trillion. Tokenization has a “wide-reaching and highly varied potential for structural improvements across business models, value propositions, and access to capital,” Antoine Weill of Simon-Kucher, Frankfurt, said.

Sopnendu Mohanty, Chief Fintech Officer at MAS, praised the project, noting that “with the appropriate guardrails in place, digital assets and decentralized finance have the potential to transform capital markets.”

This is the first time a global bank has created “tokenized deposits on a public blockchain,” Umar Farooq, the CEO of Onyx by JP Morgan, told Bloomberg.