Beeple rewarded ZachXBT with an honorary NFT. Here's why
Advertisement 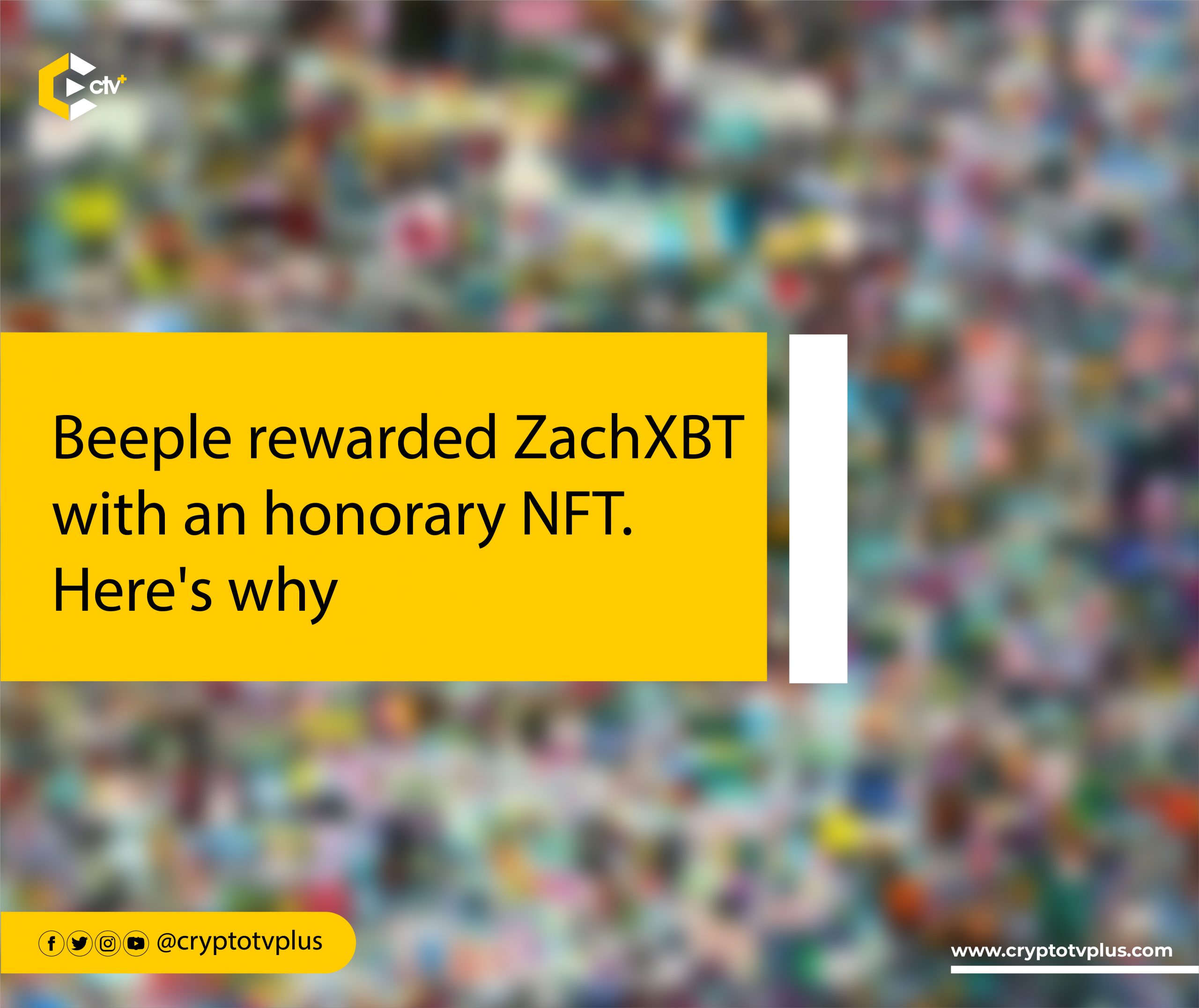 The widely known on-chain Detective, ZachXBT, has cracked open the scammer case concerning Beeple. He has located the scammers responsible for the hack, which happened in May 2022

Beeple is one of the most popular NFT and Digital artists. In May 2022, scammers hacked his Twitter account and announced a partnership with Louis Vuitton for 1000 unique pieces of NFT art. This announcement was made alongside a website link. The tweet told his 700+ thousand followers that it was a raffle, with a 1ETH entry fee.  The account also stated that those who didn’t get into the draw would be refunded. However, this turned out to be a Phishing scam. Although Beeple recovered his account in a couple of hours, about $425 thousand  (225ETH) had already been stolen.

ZachXBT pulled a digital Sherlock Holmes stunt here. The on-chain detective, ZachXBT is said to dedicate his free time to finding hackers and scammers in the NFT and general crypto community.

1/ Time for an investigation into the @beeple Twitter hack which resulted in $450k+ stolen, where those funds are now, and tracking down the three people responsible.

In the investigative thread, ZachXBT identified Two1/Youssef,  Cam Redman, and another individual known as  ShinePranked or Shayan, and @bandage on Twitter. According to him, Youssef and Bandage received Twitter panel access from Redman and used it to hack people’s official verified accounts.

He identified Redman due to his prior investigations, where he discovered that Redman was a repeat offender. According to ZachXBT, this wasn’t the first time he has sold panel access to scammers, identifying him as far back as February 2020 as a person of interest in a similar scam case where the unlucky victim was SIM swapped of $37 million worth of Bitcoin and Bitcoin cash?

Following the funds’ trail, ZachXBT claimed the two perpetrators first funded about 100 ETH to Tornado Cash before then sending it from Tornado to another account. This style of funds diversion is called Crypto Tumbling, and it enhances privacy with funds transactions. It is, however, popular with scammers, although there is always a trail to follow. ZachXBT claimed he has been able to trace most of their stolen funds.

Although nothing much can be done currently regarding fund recovery, ZachXBt says he has reported the accounts responsible and logged a Chain Abuse report, which would most likely lead to the accounts having a “phishing warning” tagged on them. If there is enough evidence, however, victims of the scam can file a legal claim.

As a result of the investigation by ZachXBT, on October 4, Beeple shared an artwork to commend him for his efforts. The Artwork captioned “NO PLACE TO HIDE” by Beeple was posted on his official Twitter account.

NO PLACE TO HIDE pic.twitter.com/aFTl0thYBL

The artwork is meant to reflect ZachXBT as the all-seeing eye watching the scammers littered all around the crypto space. As ZachXBT is the self-proclaimed on-chain sleuth who exposes scams and frauds in the space, the artwork depicts a number of rats running away from a large penguin. Interestingly, the profile picture on ZachXBt’s Twitter account is a penguin.

Japan to increase the usage of Web3.0 services