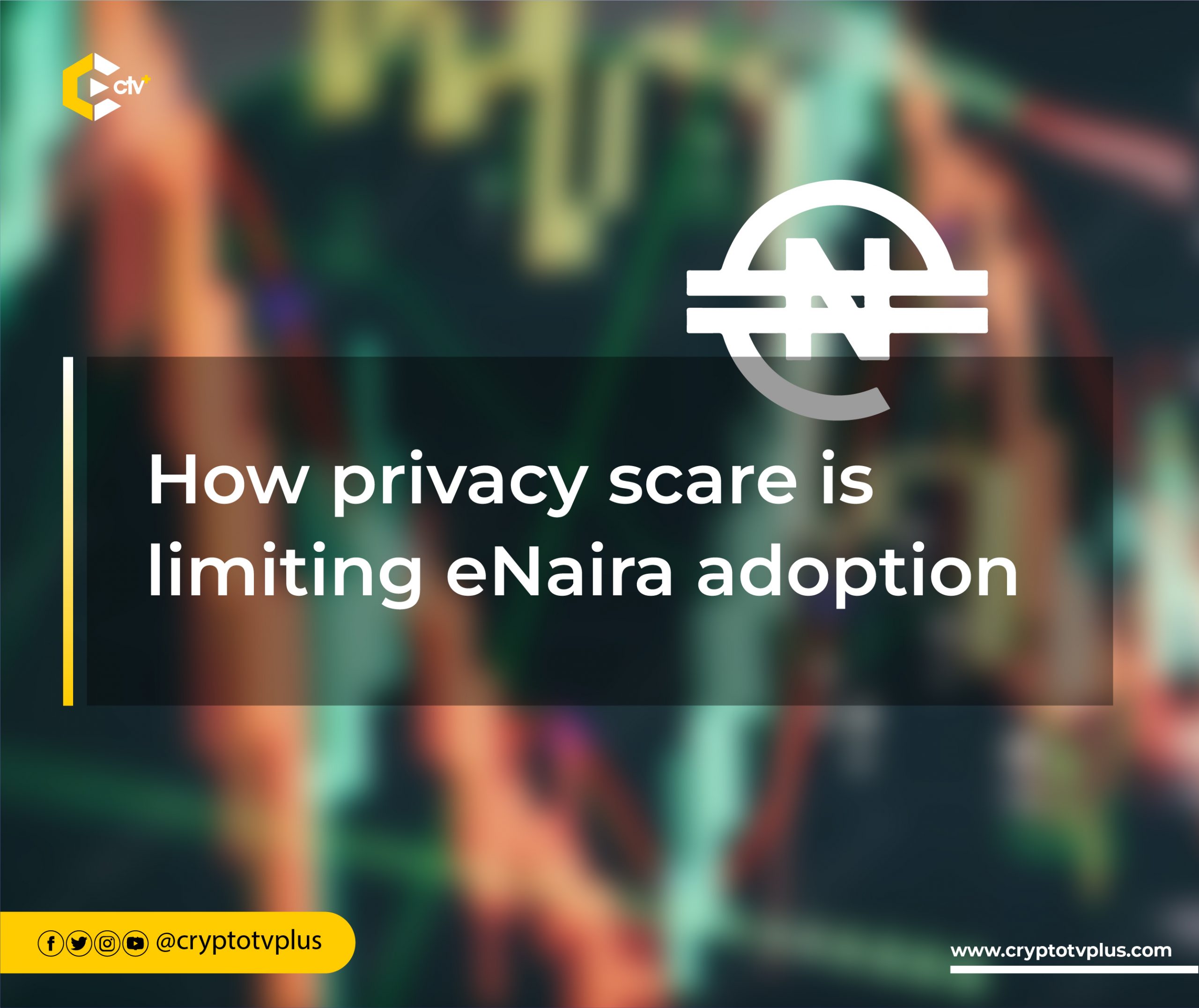 Nigeria’s eNaira has had shaky adoption since launch and this could be attributed to certain factors including privacy rights. Many possibly fear that the government will have more control over their financial lives and the way they can spend the money (eNaira). For example, the government can identify what they spend their money on and there could be a privacy breach.

Agreeing with the possible fears of the people that limit the adoption of the eNaira, Olumuyiwa David Dada, co-founder of Clickjobs on the Inside Blockchain Show, said the feeling that the government can have access and control over your financial life through the eNaira is a little bit discomforting.

He said that knowledge of this fear, places a call on the government to do more work in sensitizing people to know that the eNaira will not give the government control “if it will not.”

He mentioned that the youths are the most targeted audience in pushing the adoption of the eNaira and urged the government to gear up on focusing on the youth and interpret to them that the eNaira is a store of value and the holder will have the ability to dispense it at will.

Future of the eNaira and Blockchain

The CBN did have a good start but incorporating the Blockchain to eNaira will make lending easier, Bello Kano said.

He analyzed that in a medical setting where there is an emergency, with the help of the blockchain, one need not go through the bank lending process but will borrow directly using the eNaira platform because the blockchain would verify their identity. “The eNaira and the blockchain have come to revolutionize the way we do our business and carry out transactions in Nigeria,” he further mentioned.

Olumuyiwa contributed to the idea of the eNaira and the Blockchain and mentioned that about 10 years ago, there were jobs existing today that weren’t there then. In the same way, 10 years from now with blockchain in the mix it is going to be interesting and unimaginable how things will evolve.

Gbemi Akande of Pacer Ventures said on the show that he sees a collaboration between tThe CBN and Fintechs in the blockchain space. He mentioned that the eNaira will become a way for the CBN to learn by themselves, and understand cryptocurrency and the evolution of that will revolutionize the private and the public sector.

Why CBN should issue eNaira on the BSV Blockchain – CEO, Centbee

Related Topics:enairaeNaira adoption
Up Next