Bitcoin Cash to become legal tender at St. Kitts and Nevis in 2023
Advertisement 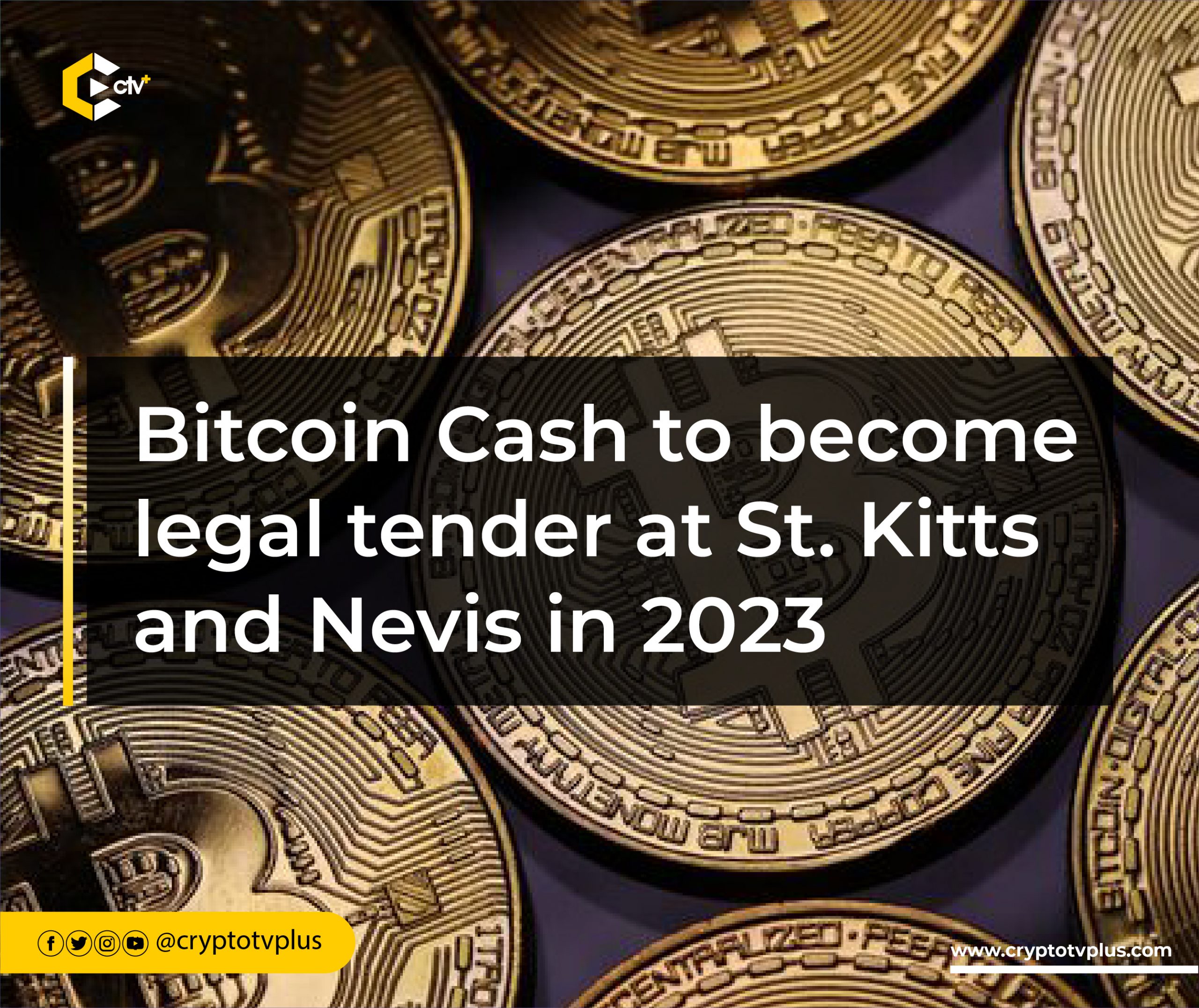 Reports from the Bitcoin Cash 2022 Conference reveal that St. Kitts and Nevis will adopt Bitcoin Cash as a legal tender by March 2023. The Prime Minister, Terrance Drew, made the announcement at the conference.

Bitcoin Cash is a hard fork of the original Bitcoin blockchain, which occurred in 2017. When it uses the same Proof of Work mechanism and has a total supply of 21 million like its predecessor, it can accommodate more transactions at cheaper rates than Bitcoin. As a result, it is seen as a less risky asset than Bitcoin and has over 25 million addresses holding it.

We are open to exploring cryptocurrencies

During the event, the Prime Minister explained that cryptocurrency is an asset with several benefits for the world. “Many businesses in St. Kitts & Nevis have already begun accepting cryptocurrency payments, specifically Bitcoin Cash,” Dr. Terrance Drew said.

This move by locals and business owners is a sign that “awareness and confidence in cryptocurrencies among our local consumers are on the rise”. The Doctor further highlighted that as an innovative nation, the government wants to expand and diversify the economy. Thus, leveraging the benefits of Bitcoin Cash and other cryptocurrencies is an option.

“I welcome the opportunity of dialogue,” in view of exploring the “opportunities to engage in Bitcoin Cash mining and making Bitcoin Cash legal tender here in St. Kitts & Nevis by March 2023,” Drew added. This will be dependent on a guarantee that our country and people are safe using the asset.

Currently, El Salvador and the Central African Republic are the two nations that have made a cryptocurrency a legal tender, and in this case, Bitcoin.

This is why AXS has been pumping