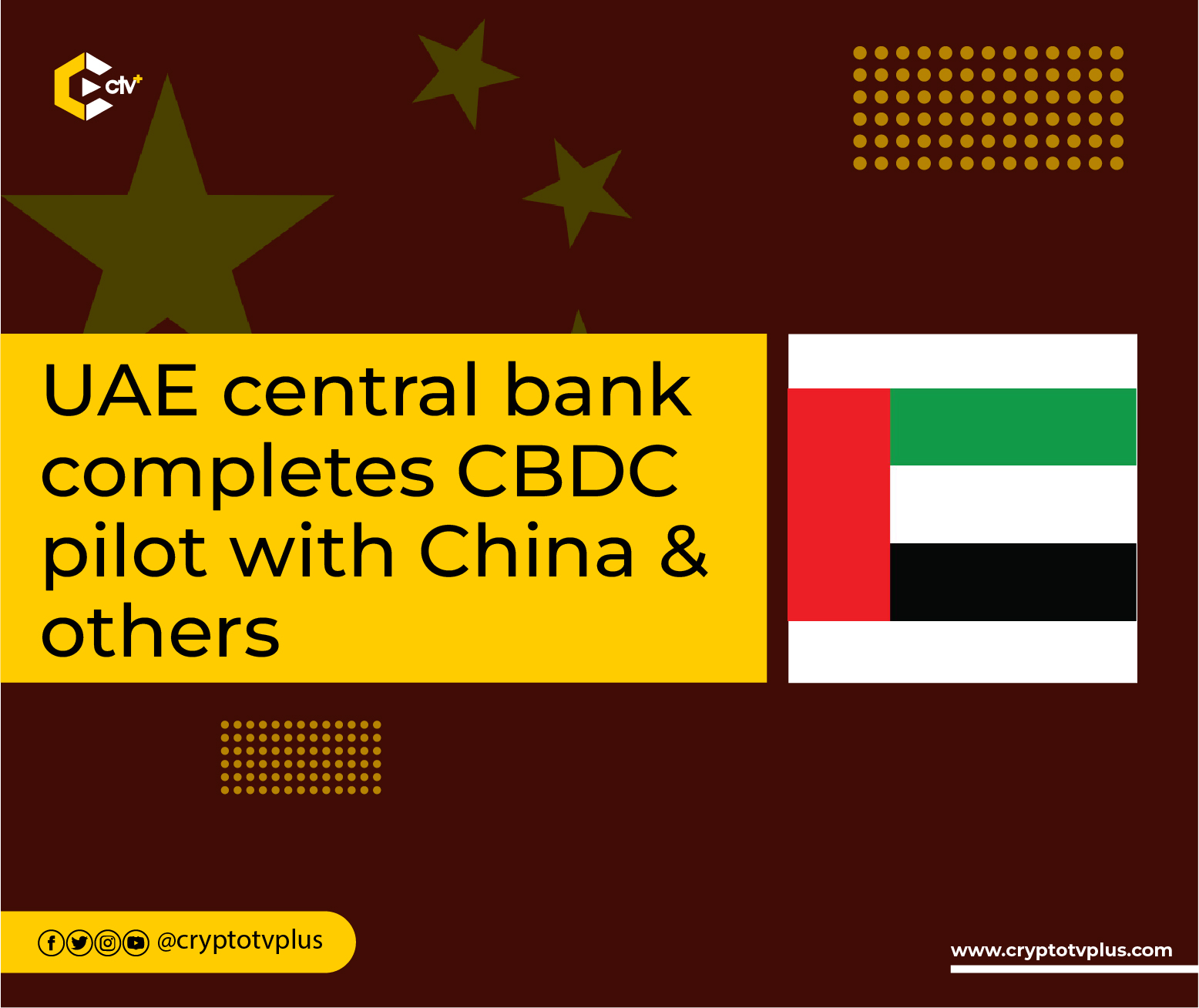 The Central Bank of the UAE (CBUAE) announced on Wednesday, 26 October 2022 that it had successfully completed the world’s largest pilot of central bank digital currencies (CBDC) transactions, in close cooperation with other regulators including the People’s Bank of China’s Digital Currency Institute.

(CBUAE) is the first and largest scale central bank digital currency pilot, and it is being used by 20 commercial banks for real-value international business transactions on behalf of their corporate clients.

According to CBUAE, the first pilot use of wholesale CBDCs in the MENA region – reflects the CBUAE’s drive to develop world-class financial infrastructure and cutting-edge payment systems, which is in line with directives from UAE leadership to support the nation’s financial sector’s diversity and expansion.

Over the course of the six-week pilot project, commercial banks in the four jurisdictions executed over 160 payments and foreign exchange transactions worth over AED80 million (USD22 million) using the mBridge platform.

The governor of the CBUAE, Khaled Mohamed Balama made a point of stating that the pilot was part of Project “mBridge” which reflects the leadership vision for the CBUAE to be among the top central banks globally for the UAE to be one of the leaders in CBDC development and issuance.

Its aim is also for the region to be the preferred hub for advanced financial infrastructure according to anticipated economic trends.

The project is a part of the CBUAE strategy to promote diversity, competitiveness, and financial sector expansion in the UAE. CBUAE will continue to establish the proper governance framework for interoperable CBDCs to offer genuine benefits to UAE businesses and consumers.

CBUAE’s six-week pilot project was carried out in cooperation with the Hong Kong Monetary Authority, the Bank of Thailand, the People’s Bank of China’s Digital Currency Institute, and the Bank for International Settlements.

FTX’s CEO says they are working on a stablecoin