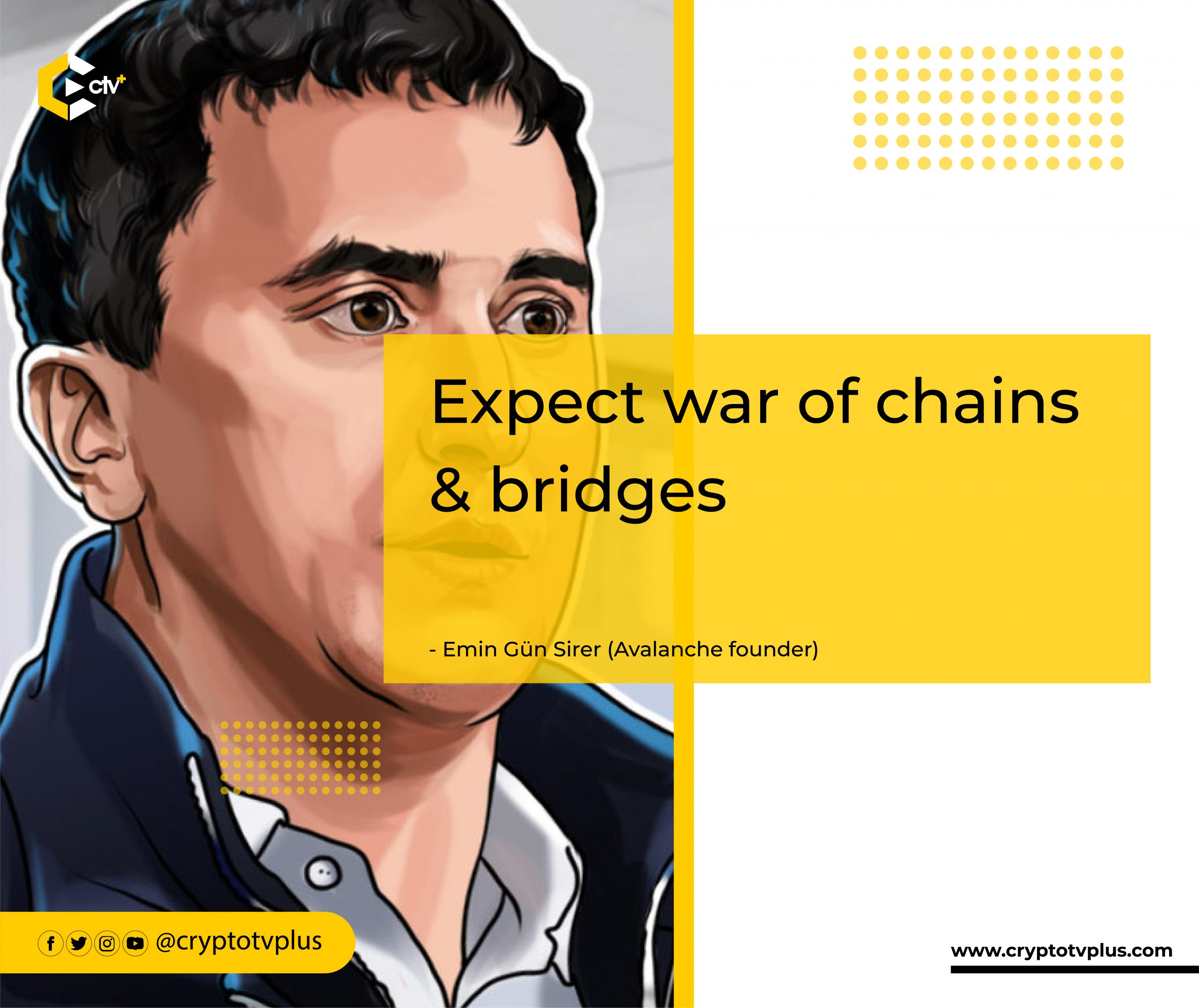 Emin Gun Sirer, Co-founder and CEO of AvaLabs, at the SmartCon2022 spoke on the future of DeFi and Web3 saying that there will be a war of chains and war of bridges. He added that the Ethereum Merge event might affect several chains.

He also highlighted that while there are challenges to face, the Avalanche team is creating an ecosystem that will tap into the over $700 trillion of value that’s off-chain.

The Co-founder of Chainlink, Sergey Nazarov, said during the session that since TradFi companies will need an identity, it will be proper to provide both identity and privacy tools for the entire Web3 space. Sergey explained that this will allow TradFi and companies that want anonymity to co-exist at the same time.

FEX to complement DEXs and CEXs

Emin praised the Avalanche blockchain for the development it has gone through over time especially with its FEX (Fully Encrypted Exchanged) development. He talked about the FEX that Avalanche is working on to complement CEXs (Centralized Exchanges) and DEXs.

The Co-founder described it as being similar to a DEX as it provides privacy so that information of trading activities and traders are not in the public domain.

FEX, which is designed as a smart contract with privacy embedded, Emin continued, will have in-built compliance to make inspection unnecessary.

He also stated that the team launched a Subnet project that allows users of the Avalanche chain to create specific chains for applications. Thus, each dapp will have a personalized chain.

“If you have a demanding application, and you have a token that you would like to use for staking, for fees, for rewards,” Emin explained, then the Avalanche Subnet is the best option. He further revealed that the subnet has also helped Avalanche manage congestion in the main chain.

According to Emin, this was achieved by splitting and moving the several games and applications causing the congestion to their subnets, thus, reducing the load on the main network.

He also mentioned how Avalanche is helping KKR fund, a more than $500 billion TradFi company, to create digitized assets.