Bittrex to pay millions in fines to OFAC and FinCEN
Advertisement 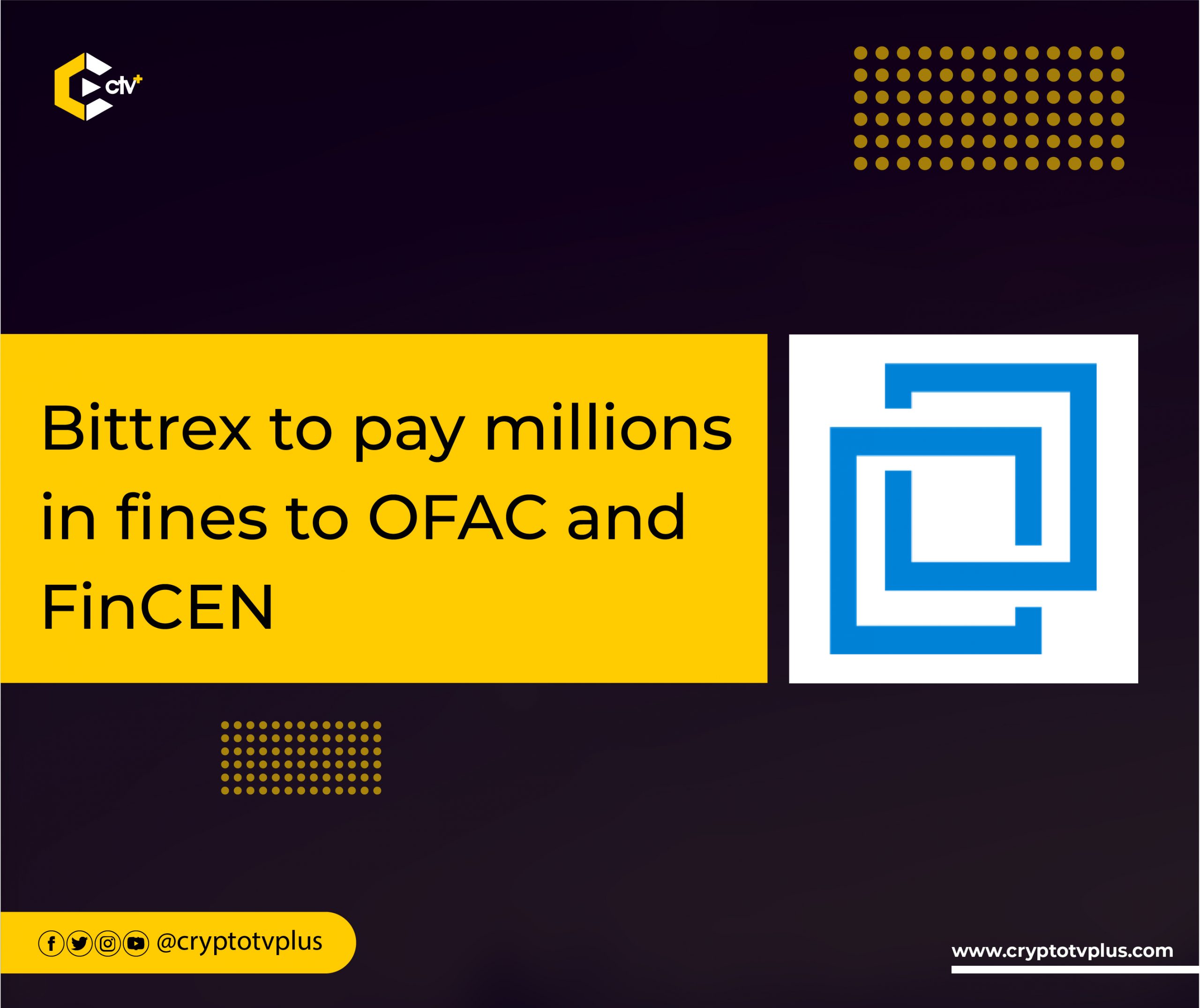 .Bittrex, a virtual currency exchange company, has been fined $24 million and $29 million by the U.S. Department of the Treasury’s Office of Foreign Assets Control (OFAC) and Financial Crimes Enforcement Network (FinCEN), respectively. The Washington-based firm was alleged to have violated the Sanctions and Anti-Money Laundering Obligations.

According to the findings by OFAC, “Bittrex failed to prevent persons apparently located in the Crimea region of Ukraine, Cuba, Iran, Sudan, and Syria,” from carrying out transactions that involved $263,451,600.13 worth of virtual assets from March 2014 to December 2017. The US rule states that firms within the US are not permitted to engage in transactions with such regions.

FinCEN on the other hand, discovered that “from February 2014 through December 2018, Bittrex failed to maintain an effective AML program.” As a result, Bittrex didn’t use the correct monitoring tools, therefore exposing its platform to “illicit finance.”

The actions against Bittrex have been received with good fate as the crypto firm has decided to pay the fines. Bittrex agrees to pay $29,280,829.20 to FinCEN “for its willful violations of the BSA’s AML program and SAR requirements,” and $24,280,829.20 to OFAC as settlement for the sanctions.

The Director of OFAC, Andrea Gacki explained that the inability of virtual currency firms to implement sanctions on users of their platform could pose a huge threat to the security of the US. OFAC will play the role of holding defaulters liable for their actions, the director added.

The Bittrex’s AML program and the SAR reporting deficiencies opened the financial system of the US to threats, FinCEN Acting Director Himamauli Das said. And when such irregularities are discovered, “FinCEN will not hesitate to act when it identifies willful violations of the BSA,” Himamauli shared.

Ads fees will increase if Nigeria wins suit against Meta