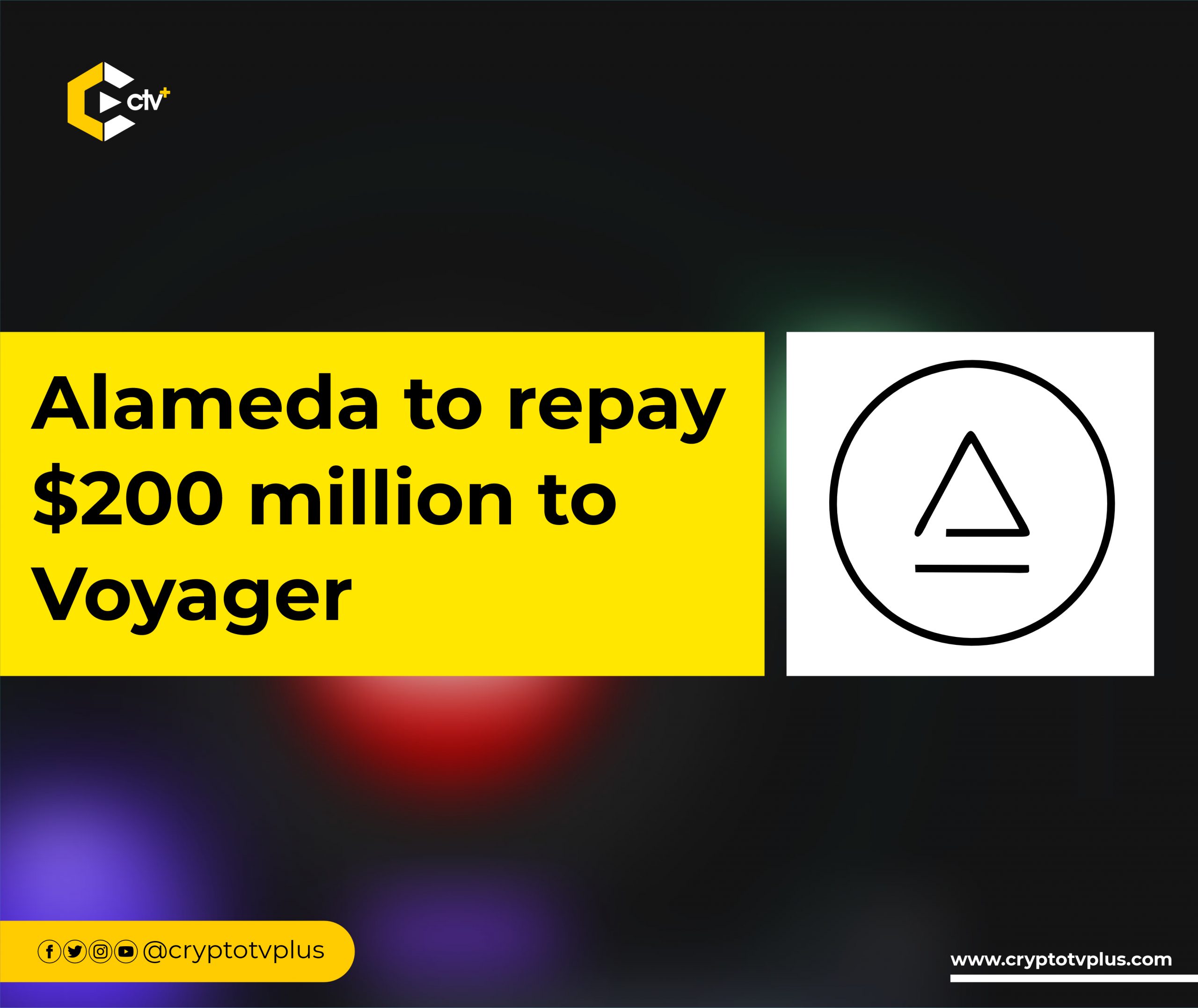 One of the leading principal trading firms, Alameda Research is set to repay $200 million that it borrowed from Voyager Digital, the bankrupt crypto lender.

This came after Voyager asked the federal bankruptcy court in New York to unwind a loan it made to the crypto quant trading firm Alameda Research that was initiated in September 2021.

According to the court filing, Alameda is to repay 6,553 BTC (roughly $128 million) and 51,204 ETH (roughly $70 million) in principal and loan fees.  In addition to these are smaller amounts in seven other cryptocurrencies. This loan is due to be repaid on the 30th of September 2022.

As a prequel to this, in July, Alameda tweeted that they would be happy to return the loan gotten from Voyagers in exchange for their collateral.

This news comes after Voyager announced its plan to auction its assets after filing for Chapter 11 bankruptcy in New York in June.  Although bidders were kept private as part of the process, FTX and Alameda had made an offer of liquidity to Voyager creditors in July and this sprung up criticism from Voyager, which accused Bankman-Fried’s businesses of making “misleading or outright false” claims.

Bankman-Fried’s company FTX exchange shares close ties with Alameda and has been connected to several bailouts following the collapse in the crypto lending sector. According to reports, FTX is in the lead to buy Voyager’s crypto asset out of bankruptcy.

The relationship between FTX/Alameda and Voyager has proved to be enigmatic to all. Binance CEO, Changpeng Zhao has previously commented in a  tweet where he described the relationship as one that is “hard to follow.”

Inside Wintermute’s $160M hack. What happened?

Korean Authorities asks Interpol to clamp down on Do Kwon

Why regulation is important in Web3