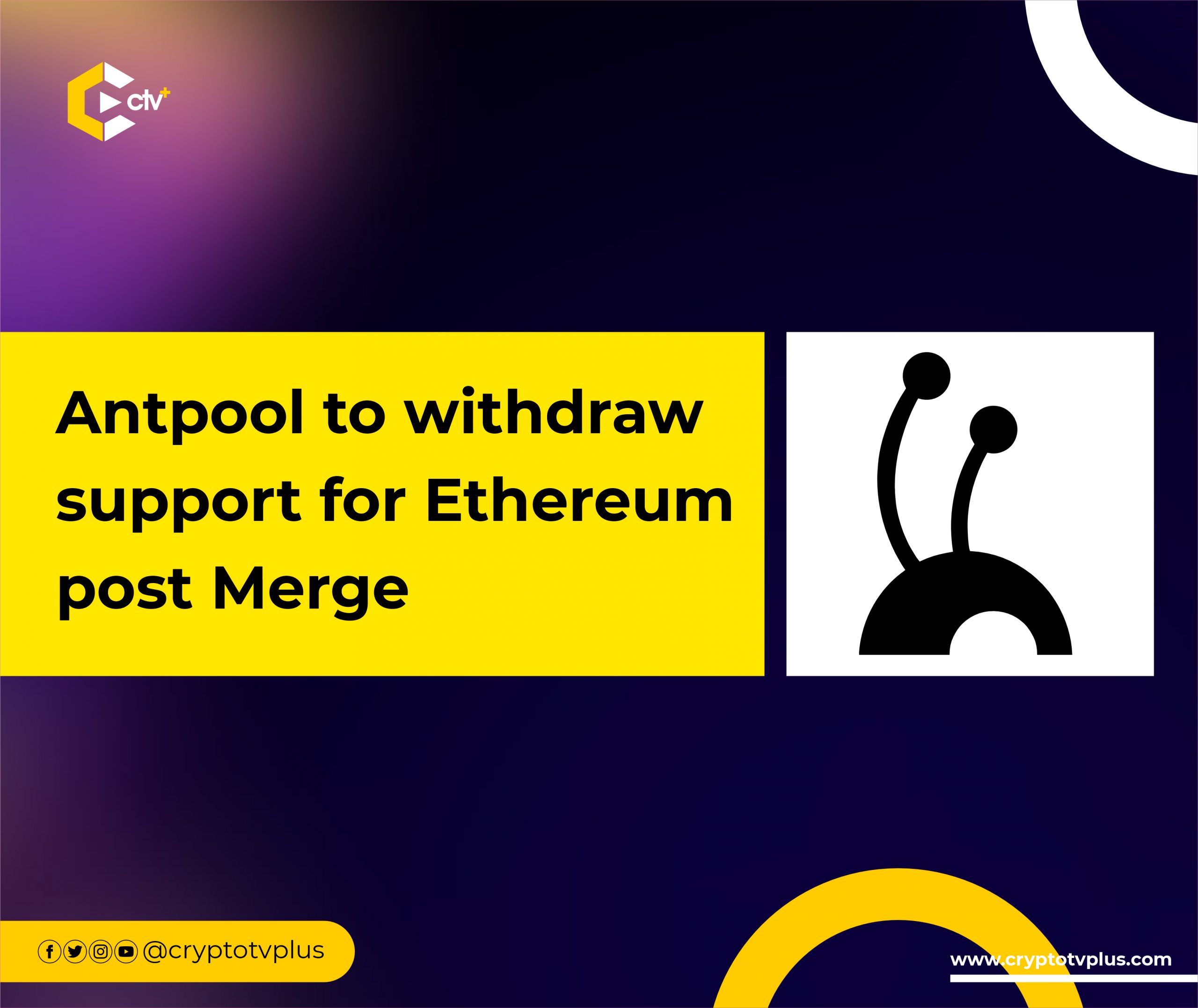 The mining company antpool which is affiliated with bitmain has decided to withdraw support for the Ethereum merge. According to statistics, antpool has over  10000 terahash of mining power. It is the tenth-largest mining pool in terms of hash power.

In its announcement, it told customers that it will no longer support users’ ETH assets on the Proof of Stake chain and that users who own assets have until September 3 to provide wallet addresses to receive their assets.  On the proposed merge that is supposed to occur on September 6th Antpool has cited fears of censorship in different countries that may result from the transition to Proof of Stake from Proof of Work.

The mining pool also made it clear that it will continue to support Proof of Work mining for other coins like bitcoin and litecoin:

“As one of the largest PoW mining pools in the world, ANTPOOL advocates decentralized PoW consensus by Satoshi Nakamoto, and fully supports BTC, ETC and other PoWs tokens. ANTPOOL has always devoted itself to the development and maintenance of the PoW ecosystem.”

Antpool has also told customers it will continue to provide Ethash mining pool services for users who plan to keep mining Ethash cryptocurrencies such as ETC, and will make every effort to ensure the stability of the hash power stability and security of assets.”

Lv Lei, the CEO of Antpool, revealed the organization had made an investment of $10 million to boost mining of Ethereum Classic (ETC). He made this known at the Bitmain’s mining summit in late Q2.