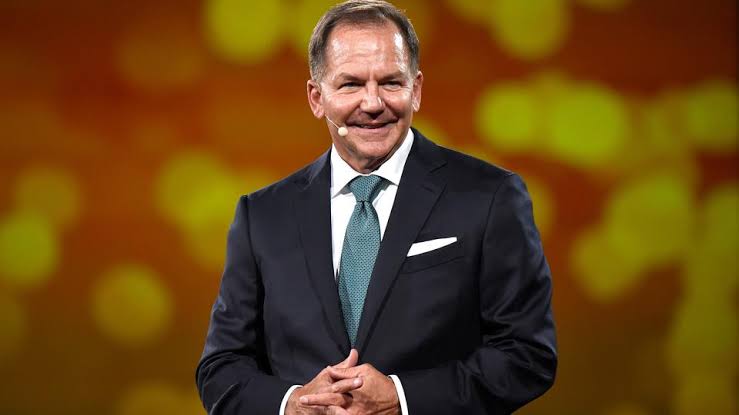 American billionaire hedge fund manager, Paul Tudor Jones has said what he wants is to have 5% of his wealth in gold, 5% in Bitcoin, 5% in Cash and another 5% in Commodities.

The billionaire hedge fund manager revealed this in an interview with CNBC where he said he liked bitcoin as a portfolio diversifier.  He said people ask him what he wants to do with his portfolio and that he wants to put in 20% spread evenly on gold, bitcoin, cash and commodities.

"The only thing that I know for certain is I want to have 5% in #gold, 5% in #bitcoin, 5% in cash, 5% in commodities," said legendary investor @ptj_official. pic.twitter.com/9NoESxUYbN

Bitcoin is math and math has been around for thousands of years. 2 plus 2 equals 4 and it will be so for the next 2000 year. “I like investing in something that is reliable, consistent and honest and 100% certain”, he said.

He mentioned the comparison between the Federal Reserve of 2013 and 2021 as well as the administrations of former President Barrack Obama and that of President Donald Trump and it invokes the question of whether he should have faith.

What Paul Tudor Jones will do with 80% of His Wealthy

In the interview, Paul revealed that at the time, he doesn’t know what he wants to do with the remaining 80% of his wealth because he want to look at what the Fed is going to do because what they do will have a great impact.

It should be recalled that in May, Paul Tudor Jones bet between 1% to 2% of his assets on Bitcoin and his firm, the Tudor Investment Corporation recently secured custodial ties with Coinbase and Bakkt.

Related Topics:Paul Tudor Jones
Up Next