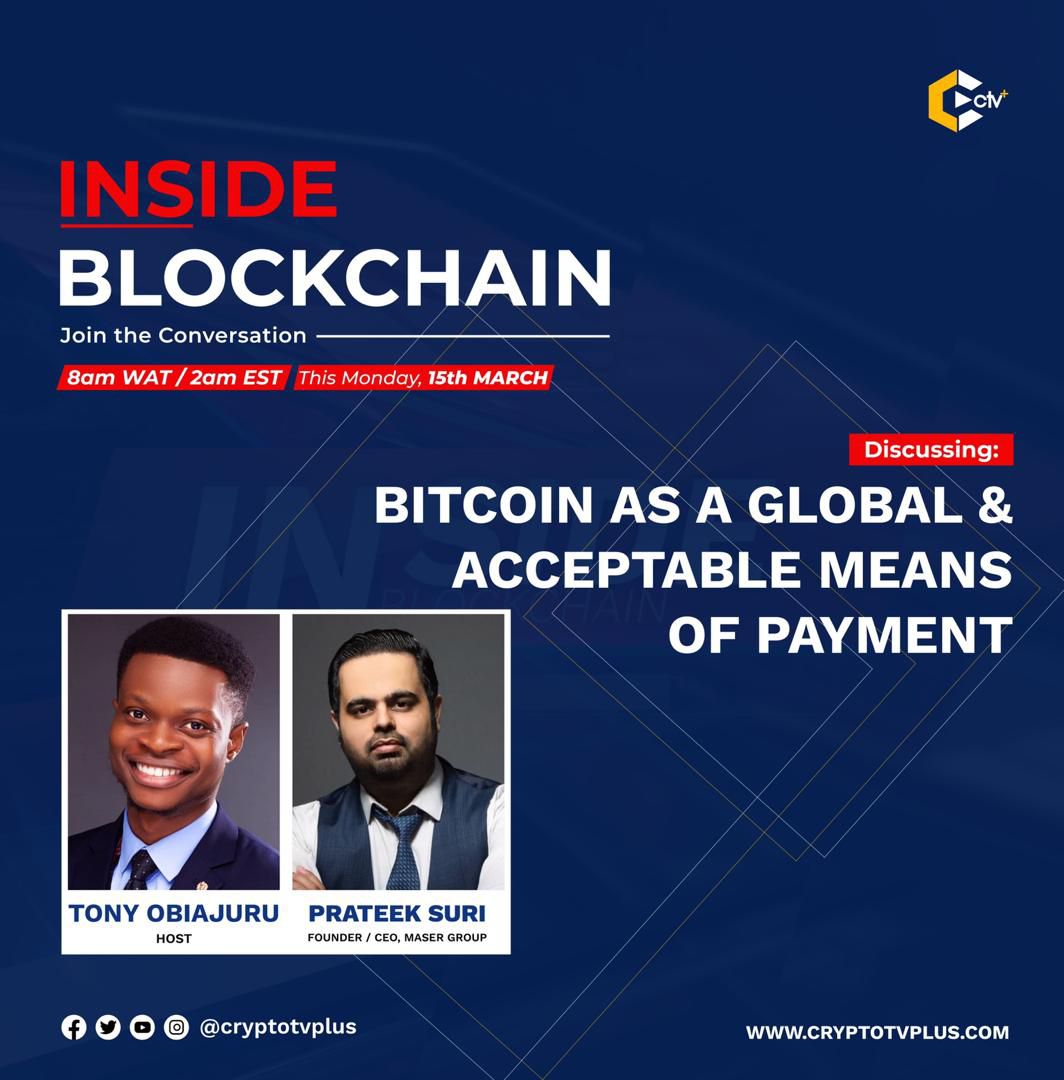 The founder and Chief Executive Officer of the Maser group, Prateek Suri joined Tony Obiajuru this morning, 15th March, 2021 on the Inside Blockchain Show powered by CryptoTVplus to discuss “Bitcoin as a Global & Acceptable Means of Payment”. While on the show, the chief executive stated that a 20% drop in the price doesn’t look realistic anytime soon.

Prateek’s interview with the host started with him being asked his opinion about the current market condition of Bitcoin with it just crossing a new ATH and the direction in which the digital asset is headed. His reply was associated with volatility of the asset and he tied the reason for this to the speculations by experts like JP Morgan that Bitcoin would soon be worth $150,000. Prateek suggests the more validation that comes from these sets of people will lead to wider adoption which will cause an increase in the price of Bitcoin (BTC).

On the subject matter of Bitcoin being a global means of payment, Prateek stated that there is more to Blockchain than Bitcoin as we’ve seen development of smart contracts, advent of NFTs among others. He suggests these must be considered.

The host went further to ask the chief executive if he believes BTC will reach the $100k price mark soon. Prateek’s reply was bullish as he noted that more institutional investors are coming into Bitcoin which is calling for wider adoption and this would cause a surge in price of Bitcoin. He also stated that a drop to around 40k doesn’t look visible for Bitcoin as some institutions acquired large volumes above 55k levels.

He also stated that experts like JP Morgan that was once skeptical about Bitcoin have become a Bitcoin preacher giving price projections of the digital asset.

On the question of whether Bitcoin will soon become a global accepted means of payment, Prateek said it is very possible as big companies like Microsoft, Amazon have started accepting payment in cryptocurrencies.