Despite the Ban on Cryptocurrency, Adoption Is on the Rise in Morocco – Insaf Nuri
Advertisement 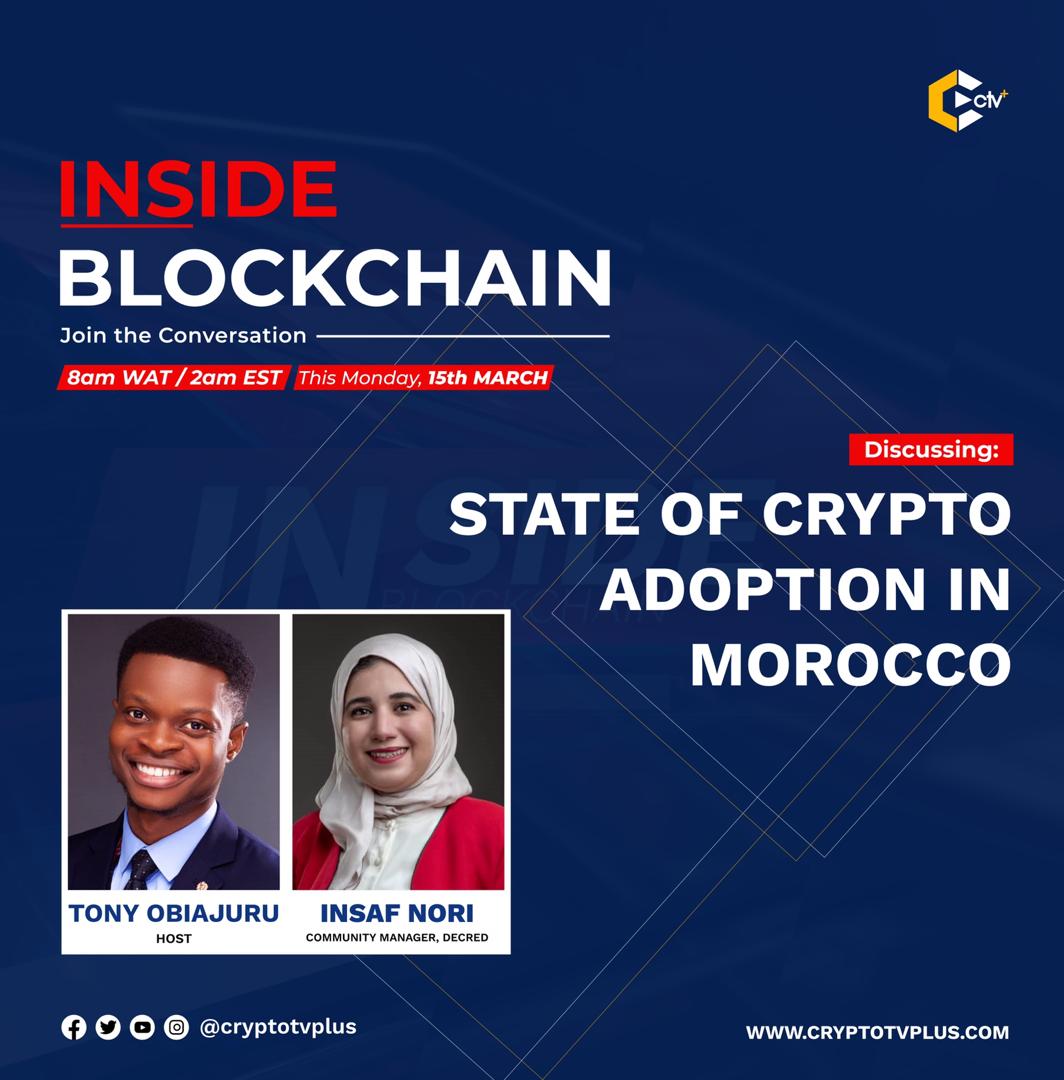 The community manager of Decred, Insaf Nuri joined Tony Obiajuru on the Inside Blockchain show powered by CryptoTVplus this morning to discuss the state of cryptocurrency/Blockchain adoption in Morocco with the awareness of the country’s stance on cryptocurrency.

Morocco is said to have placed a ban on cryptocurrencies as of 2017 and this was as a result of the fear of security according to the guest on the show. She also added that despite the ban placed on cryptocurrencies within the region, the citizens still use and trade Bitcoin and other cryptos.

Isnaf stated that the local bitcoin usage chart data shows Morocco as the 4th largest BTC trading country in Africa after Nigeria, South Africa and Kenya. It is also ranked 56th in the world rank of countries with largest Bitcoin trading volumes despite the ban.

Furthermore, Insaf was asked if there are plans for a proper regulatory framework to be drafted to address regulation of cryptocurrencies within the region and likely lift the ban. She stated that there are currently no plans to regulate cryptocurrencies in Morocco and the ban on cryptocurrency still stands.

Although, the country’s Central bank is said to be considering developing a Central Bank-backed Digital Currency (CBDC) and the plans started last month, February, 2021. A committee to investigate the pros and cons of a CBDC has been set up in the country according to Insaf.

Insaf Nuri is the community manager for Decred in Morocco. Decred is a decentralized platform and autonomous Founded by two anonymous co-founders with its headquarters in Texas, United States. The platform’s policy changes is largely decided by its stakeholders and community at large according to her.

Isnaf also stated her role as a community manager for Decred in Morocco. She noted that she translates contents to Arabic for the Moroccan audience and she also creates contents about the platform to foster its growth.

Related Topics:Bitcoincryptocurrency adoption
Up Next