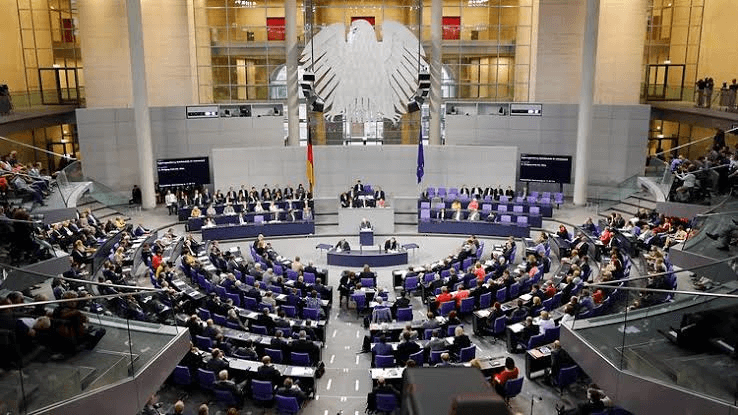 The German Government has revealed their stance on what cryptocurrencies are. According to a statement published on the 28th of October, 2019; it said cryptocurrencies currently available on the market like Bitcoin, are not money as they only limitedly fulfill the economic functions of money.
The Statement, which is a response provided by German Federal Government to a question from the Free Democratic Party FDP Parliamentary Group, said cryptocurrencies would not be suitable for store of value due to its large fluctuations in value.
Also, the volume of payments settled with the current cryptocurrencies are very small when compared to government fiat currencies.
The response according to the Statement defines “the essential functions of money in the economic sense: exchange and means of payment, store of value and unit of account. The volume of payments settled with the current currency-like crypto-tokens is very small compared to government currencies.”

Stablecoins should not become alternative currencies

The author of the PR took a swipe at stablecoins saying;

“so-called stablecoins are currently attempting to change the value preservation problems by linking stablecoins to an existing currency or basket of currencies or underpinning them with other assets as stable as possible.”

According to the Federal Government, since stablecoins are dependent on how stable the pegged currencies or assets are, therefore, from its point of view, it will ensure that stablecoins do not become alternative currencies that will give issues to the existing monetary system.

The German Govt also looked into Facebook’s Crypto project, Libra to determine its legality under German and European laws. According to the Govt, the examination is not yet done because the White Paper published by Libra is not enough to make a reliable response to the question put forth by the FDP Parliamentary group.
It said, will require a further specification of the business model by the Libra Association and its shareholders.

Related Topics:Bitcoincryptocurrencygermanyparliament p
Up Next