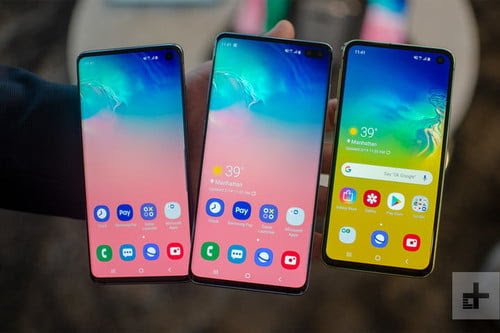 South Korean Tech Giants Samsung has announced the support of Binance Coin BNB and other stablecoins in its Samsung Galaxy S10 mobile phones. The phone automatically generates wallets for the phone owners to hold the newly support digital assets.
Samsung had in the month of August, 2019 earlier added support for Bitcoin though it was discovered that the Samsun Galaxy S10 would only support Ethereum and ERC-20 tokens. The new addition to the flagship device is expected boost the adoption of cryptocurrency all over the world as millions of users of the Samsung brand will be exposed to cryptocurrencies.
Making 33 cryptocurrencies added to the Galaxy S10 , Binance coin, USDT, USDC, Maker (MKR) are some of the few.
Based on a report from South Korean national daily newspaper, users can ” wallet. The report also revealed the compatibility of Samsung Galaxy S10 with Pundi X’s NPXS token and the Basic Attention Token (BAT).
According to a screenshot on the Samsung Blockchain Wallet posted on Reddit, the wallet will also support decentralized applications – DAPP.

The addition of support for the 33 cryptocurrencies will allow millions of Samsung smartphone users to be able use cryptocurrencies easily and interact with decentralized applications.
The news could be attributed to the rise in the market since the price went down with Bitcoin reaching as low as $9400. Bitcoin is currently trading trading at $9600 with a 1.26% increase. Ethereum is showing a 0.68% increase at a price of $170 after it went as low as $168. Binance Coin currently enjoys a 1.04% increase at $22.55 per BNB. While BAT currently reports a 3.65% increase putting it at $0.17.