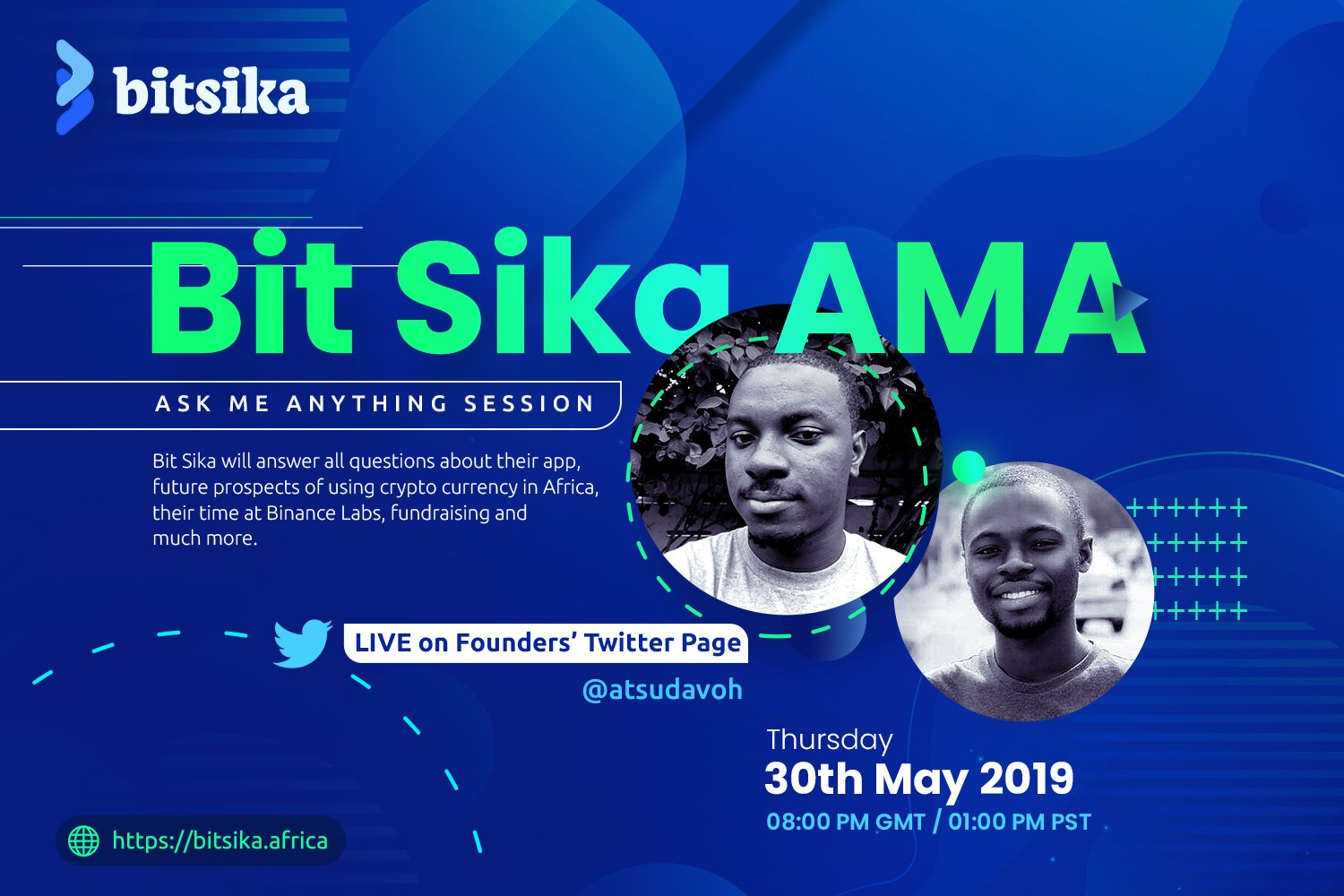 Do you know that only about 40% of the money sent by foreign donors get to the end recipients ( women, Orphanages, IDPs and Farmers, etc) in Africa?

Interestingly a good part of the over $45 Billion sent to Africa on a yearly basis are swiped off records in form of banks charges swift transfer fees, bureaucracies, fraudulent charity officials and middlemen and what not. It is so serious that these foreign donors have since become skeptical at releasing funds of any amount to the African needy as they cannot be certain that the funds are disbursed as expected to the required parties for its intended use.

This is the problem Bit Sika intends to nip in the board using the blockchain solution. According to the information on her whitepaper, it will employ the services of an immutable technology to ensure that funds are disbursed as intended directly to the end users from the donors using her platform.

Bit Sika adopts a direct-to-recipient (D2R) model of charity donation for Africa, and in addition, the donors can restrict who the recipients spend the money with.

Reasons Why Bit Sika will Thrive In the Market.

For the donors. Donors assess Bit Sika via a web app.

Money numbers of these fertilizer merchants on a whitelist via the Bit Sika web app.

Full designation rights for donors on how donations should be spent together with unique bitcoin addresses that run on smart contracts to forward all received donations to the appropriate recipient
We use local APIs to send money to beneficiaries’ phones. We will publicly display the API id and phone number of each donation recipient so that anyone can verify transfers with telephone companies and API providers.

Already some projects have begun receiving donations from all around the world and this is more to show that the idea is not only workable on paper but also in real time. Click here to know more about featured projects and also to become a donor too.

Atsu Davoh one of the founders and a software developer with Bit Sika, recently took to Twitter to appreciate the Yele Badamosi of BinanceLabs and the entire team for their unwavering support throughout the incubation period put together by Binance- who only recently concluded its first Meetup in Lagos Nigeria
In his thread, of tweets, he threw open a major bitcoin giveaway to participants in community building…
That, in fact, might be a way to raise ambassadors for the Bit Sika project! Who knows?…
To be a part of this giveaway, click the tweet and follow the instructions.