Paxful is in the News for the Wrong Reasons
Advertisement

It is no news that paxful stands as one of the renowned bitcoin trading platforms in the world. Interestingly, the company has built a global reputation in the few years of its existence has established one of its biggest markets in Africa.

According to Paxful Team, over 300 ways exist through which payments can be made for the purchase of bitcoins. Among the lot are through the use of:

With all these services available on the paxful exchange, one would rather believe that there exist a very healthy communication flow between the company and the customers. However this doesn’t seem to be the case as many traders on the platform recently observed an unexplained denial of access to their accounts.

Nigeria which happens to be the company’s biggest markets in Africa and is second to the Paxful market in America, have continued to support the company via continuous use of the platform.
With these locally done transactions which have to a great extent, generated huge capitals for the company, one would think a well structured company such as Paxful would have the courtesy to put in place a stand-on live service center which would act as support center and play an active role in resolution of complaints between customers and the global business magnet.

Unfortunately, reports reaching us is that Paxful makes use of Bots rather than Humans in attending to support-related issues and even in dispatching mails. One would argue that the above allegation if true, might not hold water as any company – in a bit to promptly service the needs of her clients, can adopt the use of any available means to disseminate information. However, if the said purpose for the adoption of automatic mailing and communication is defeated, then there is obvious need to raise an eyebrow on Paxful’s transparency.

Recently, a number of Paxful users took to Twitter to tell their story of how Paxful had illegally frozen their accounts and have since started a trend “PaxfulNGisAScam”

These negative comments began a while after the Bot support stopped responding to the numerous support tickets. Paxful’s Under-performing customer relations might have done just enough to earn it a name in the blacklists of Crypto traders and investors. 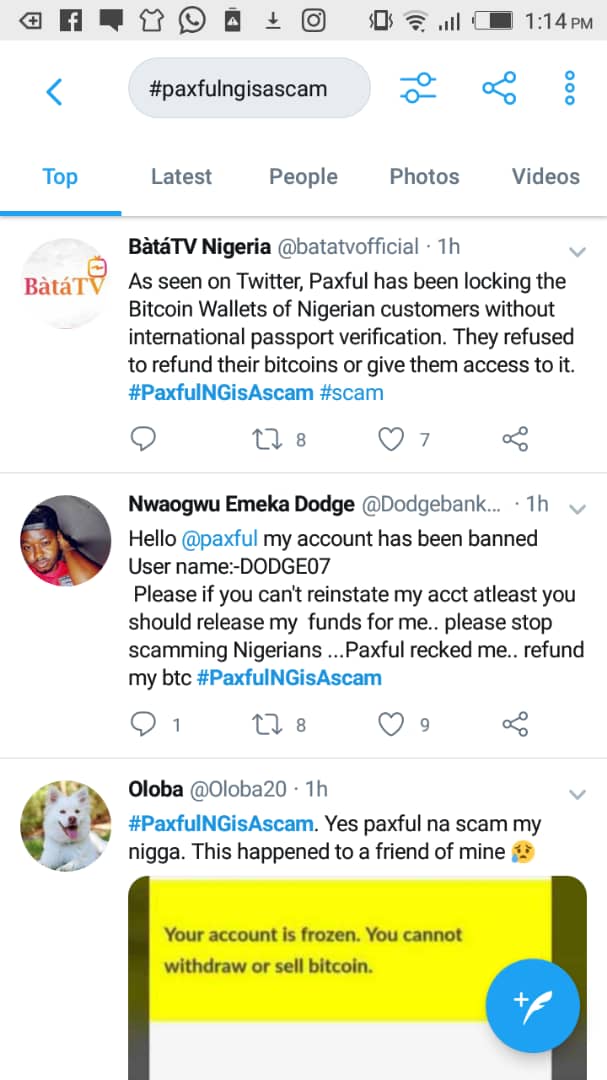 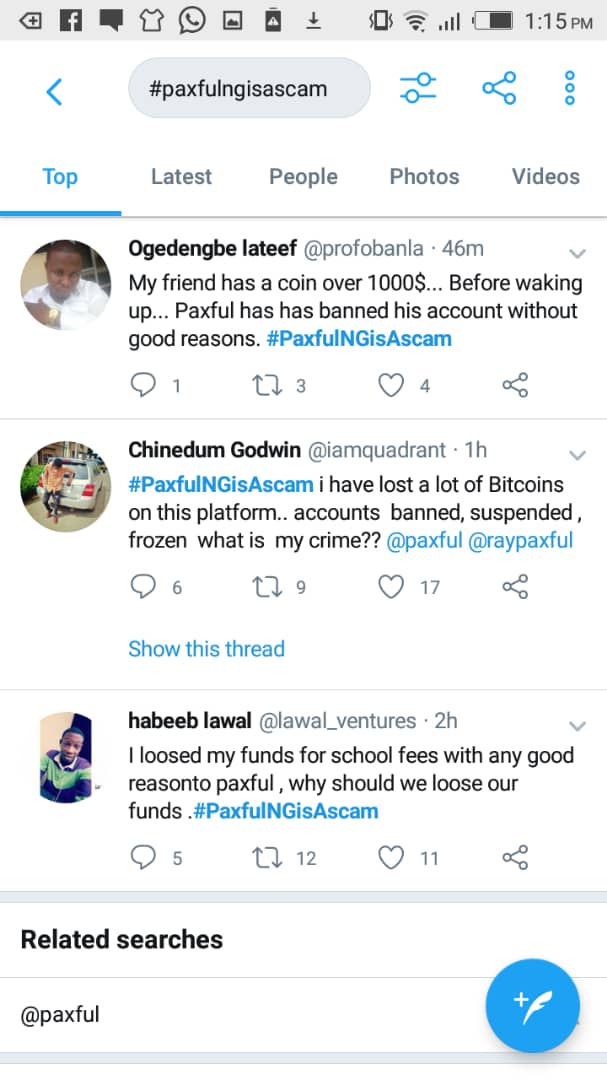 It is expected that Paxful and  CEO Ray Youssef will respond to these allegations in an official statement or maybe their bots will do just that. Let us know your experiences.

In the meantime we ask questions like: Is this yet another reason why we need decentralized exchanges?

Disclaimer:
The Information provided on the website is designed to provide helpful information regarding cryptocurrency subjects. The content is not meant to be used, nor should it be used as a basis, foundational knowledge, or prerequisite for decision making regards trading. Also, this content does not in any reasonable way, seek to promote negative news or information about Paxful Global. It is solely for informative purposes on and should only be interpreted as such.
Always do your own research and due diligence before placing a trade. We are not liable for any outcome based on any content found on the site.