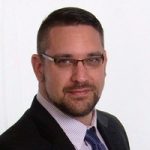 All promotional sponsors, features and the like are paid by bitcoin.
Each episode will feature educational information focused on helping newcomers to the crypto space such as researching, investing and how to stay secure in their efforts while featuring ICO and cryptocurrency companies and how they affect the industry. Appleton who can boast of about 74,000 thousand followers on his youtube Crow show has said that the series would be featuring topics such as crypto security, exchange trading, initial coin offerings, crypto crashes, mining, and the future of cryptocurrency.
The first season is scheduled to begin in the week of June 25 on the CBS New York WLNY network, serving approximately 7.3 million homes, the announcement details, adding:
“Although he is not a financial adviser, however, his videos would include Initial Coin Offering (ICO) reviews and investment tips” Appleton emphasized. Also In a signed agreement with CBS Television Networks, Appleton has been given access to air all his 13 episodes of his Crypto Crow Show in select markets as a test market in hopes of spreading nationally.”
This is just one of the major advances as there are other cryptocurrency shows reportedly springing up. In February, Krypton Capital announced the launch of Crypto TV which focuses on breaking crypto news, panel discussions and live interviews. Eight pilot episodes of this show are being produced. Crypto Craze also is the name of a cryptocurrency show that was launched and airs for 30mins on Cheddar cable network.
This is just the beginning of the revolution that the blockchain technology and cryptocurrency are bringing to the world at large. There are high expectations as to how the programs would fair.