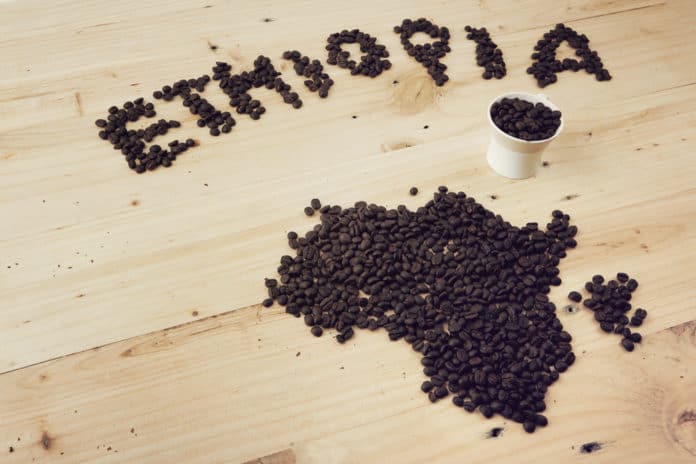 Ethiopia is in the news again and this time its government is striking a partnership deal with a Blockchain R&D group, IOHK. The merger is to explore the various applications of the blockchain technology, particularly in agricultural initiatives and in the traceability of the supply chain of coffee.
IHOK focuses on providing  financial services for the unbanked populations in developing economies. The company would join hands with the Ethiopian Ministry of Science and Technology to examine the use cases of the blockchain technology that will benefit the country.
The country has already started exploring its first use case through  supply chain traceability for coffee. Coffee happens to be the country’s largest export and a blockchain application is already underway, alongside other potential agricultural technology applications.
IOHK also plans to train about 100 Ethiopian software development students in Haskell. The programming language which is rigorous is used for mission-critical applications and blockchain development, including the protocol behind Cardano. As the industry develops, the demand for developers with knowledge of Haskell is also growing due to its compatibility for blockchain applications. The company also plans to award the most promising graduates of the school full-time developer roles.

Dr Ing Mr Getahun Mekuria Ethiopia’s Minister of Science and Technology stated: “Today is a great day in Ethiopia. The Ministry of Science and Technology and IOHK are collaborating in researching an area of application to use their blockchain platform Cardano to be built upon by Ethiopian developers.”
CEO of IOHK, Charles Hoskinson says, “We are incredibly excited to be collaborating with the Ethiopian Ministry of Science and Technology and exploring new ways to innovate, such as in the agri-tech business, and other entrepreneurship in the blockchain space.” He also explained further, “We’ll be working with a lot of partners on the ground and have a lot of hope that Africa will be the next great venture for IOHK.
“We are also training local blockchain developers, some of which we will hire, while the rest will go on to plough their skills into the economy.”
Hoskinson also added, “The first class will be all female, and the goal is to have graduates of that class move on to create ventures in the cryptocurrency space using Cardano technology, the first venture of its kind in Africa.”
The Haskell course is the first of its kind in Africa and the third that IOHK has run in the world.

What do you think of the partnership between the government of Ethiopia and IOHK? Share your opinion with us in the comment section below.