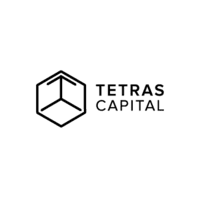 Tetra is a New York Cryptocurrency Hedge Fund popularly known for shorting Ethereum. It has been reported that they are winding up their investment outlet due to the losses they have experienced recently. The company has allegedly suffered approximately 75% loss since becoming existent in 2017. Their investors do not have to worry about their capital as they have put plans in place to return  same.

It is underwhelming that although the Hedge Fund is managed by Brendan Bernstein, Alex Sunnarborg, and Thomas Garrambone who have worked as investment bankers and investment analysts at the choicest companies like JP Morgan, Raymond James, Goldman Sachs, and Deutsche Bank, their fund has not managed to scale.

Considering the filing registered at the US SEC, the Hedge Fund could boast of about 65 investors who had each invested not less than USD 100,000. In fact, in times past, Tetras Capital administered assets worth USD 33.5 million.

Alex Sunnarborg once stated in a Forbes Interview that “In 2017 when we launched, we were looking to make altcoin trades. They historically have more volatility and higher betas.”

This Forbes article noted the Fund for the bearish wager they struck, i.e. shorting ethereum in May 2018. By this time, the average price of Ethereum was at an all-time high, approximately USD 700. The following year, 2019, the value of ETH went down south below USD 100. It has since scaled in value and is now priced at USD 317 as at today.

Because a number of other Crypto funds (Adaptive Capital, Prime Factor Capital) could not rally investors and have experienced major unprecedented losses, many are no more a going concern.  This is not surprising as just in 2019, 68 hedge funds went to blazes.