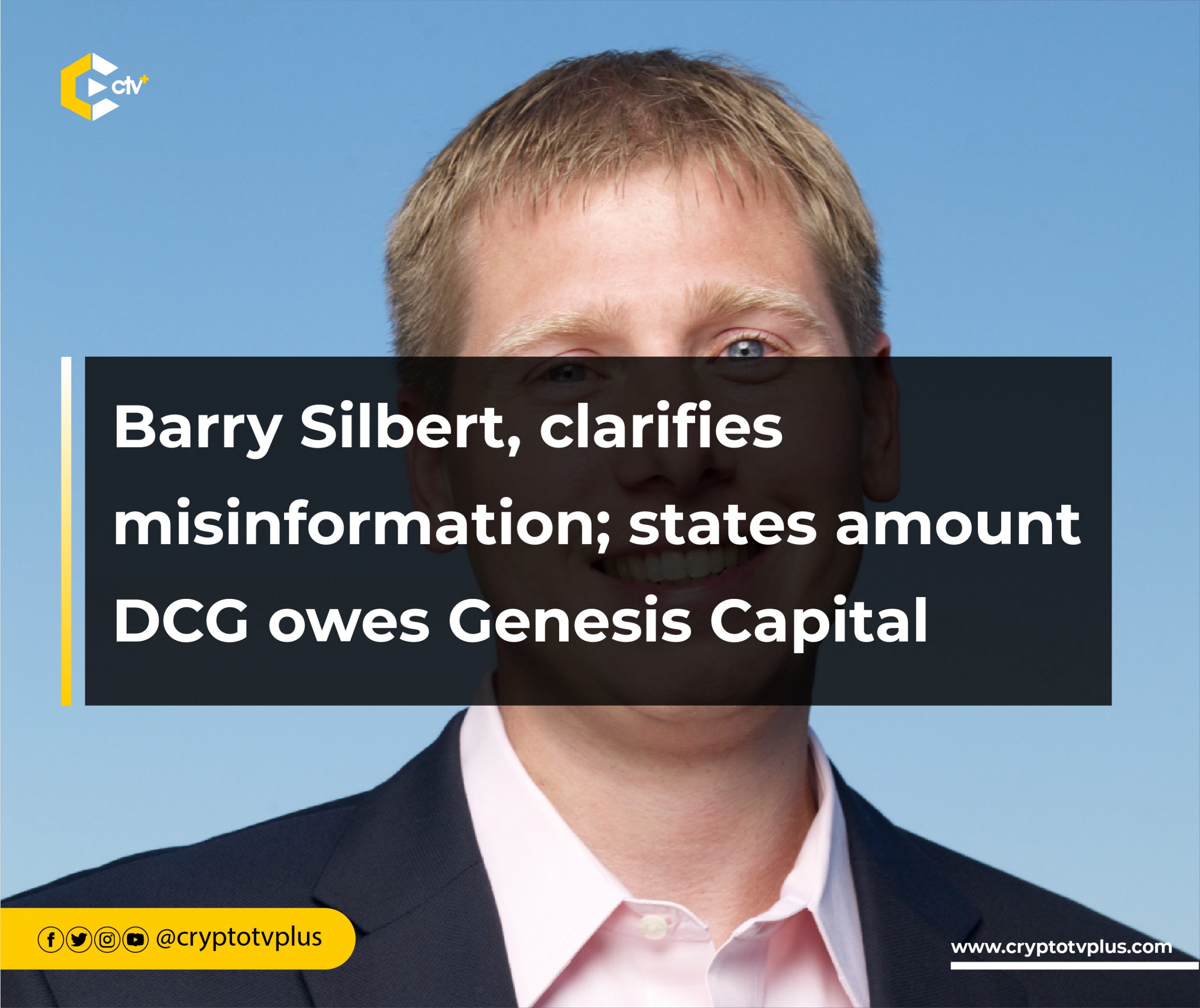 Barry Silbert, DCG CEO, in a letter to the company’s shareholders, affirmed that DCG borrowed $500M from January and May 2022 from the lending arm of Genesis Capital and currently owes Genesis Capital $447.5M and 4,550 BTC equivalent to about $78M, which matures in May 2023. He further mentioned that “DCG has not borrowed from Genesis Capital since May 2022, has never missed an interest payment, and is currently on all loans outstanding.”

The borrowed money in USD was intended to repurchase DCG stocks and the funds in BTC were to hedge GBTC long positions.

In an open letter to Barry Silbert by Cameron Winklevoss, it was stated that DCG borrowed $1.675 billion from Genesis, however, Barry responding in a tweet denied DCG borrowed such an amount and also mentioned in the letter to shareholders it only borrowed $500M.

In the letter to shareholders which he said was a reflection, he mentioned that DCG is not immune to the ripple effects in the industry caused by bad actors. Also, 2022 has been the most difficult for him. He also expressed how displeased he feels to have been dragged for seeming fraudulent activities and his integrity questioned. ” it has been challenging to have my integrity and good intentions questioned after spending a decade pouring everything into this company and the space with an unrelenting focus on doing things the right way.”

DCG is a U.S.-based company with many subsidiaries like Genesis and Coindesk, these subsidiaries operate as independent companies and do not co-mingle cash with their parent company, according to Barry.

In November 2022, Genesis Capital announced halting withdrawals due to the inability to meet withdrawal requests, the open letter also mentioned that the “mess” was entirely Barry’s making and he can’t hide from it.

DCG’s contact with firms that filed for bankruptcy or were charged for fraud was described by Barry as business intended and not personal. DCG had a goal to invest in exchanges all over the world and so has an equity investment of $250,000 in FTX but isn’t involved with Alameda in any way, Barry said. Earlier, DCG took over the bankruptcy claim against Three Arrows Capital, Barry said in the letter that it was solely done to prevent the “palpable fear in the market of contagion spreading through and devastating the entire industry.”

For LUNA, the letter mentioned that “DCG purchased approximately 60,000 LUNA tokens in late 2021/early 2022 to assist Foundry, a wholly-owned subsidiary, with creating a staking node.  DCG did not buy, sell, short, or trade the LUNA tokens as part of its investment strategy.”

Community reaction to Barry’s letter showed they were unsatisfied with the letter and mentioned that he didn’t talk about creditors in the letter, had no solution to getting their money back and that he left many questions unanswered. One user speculated he could lose his job soon.

In a recent report, “U.S. authorities are reportedly investigating internal transfers from Digital Currency Group to its subsidiary Genesis,” and in the letter, Barry said “DCG has no knowledge of or reason to believe that there is an EDNY (Eastern District of New York) investigation into DCG.

According to Barry, what the year holds for DCG is a fight to gain back confidence. “Looking ahead to 2023 and beyond, the industry has a lot of hard work to do to re-establish its credibility and reputation, which have been all but destroyed by a wave of unprecedented fraud and criminal behavior unlike anything I’ve seen in my career,” he said.

Celo upgrades brand and thanks users for their contribution