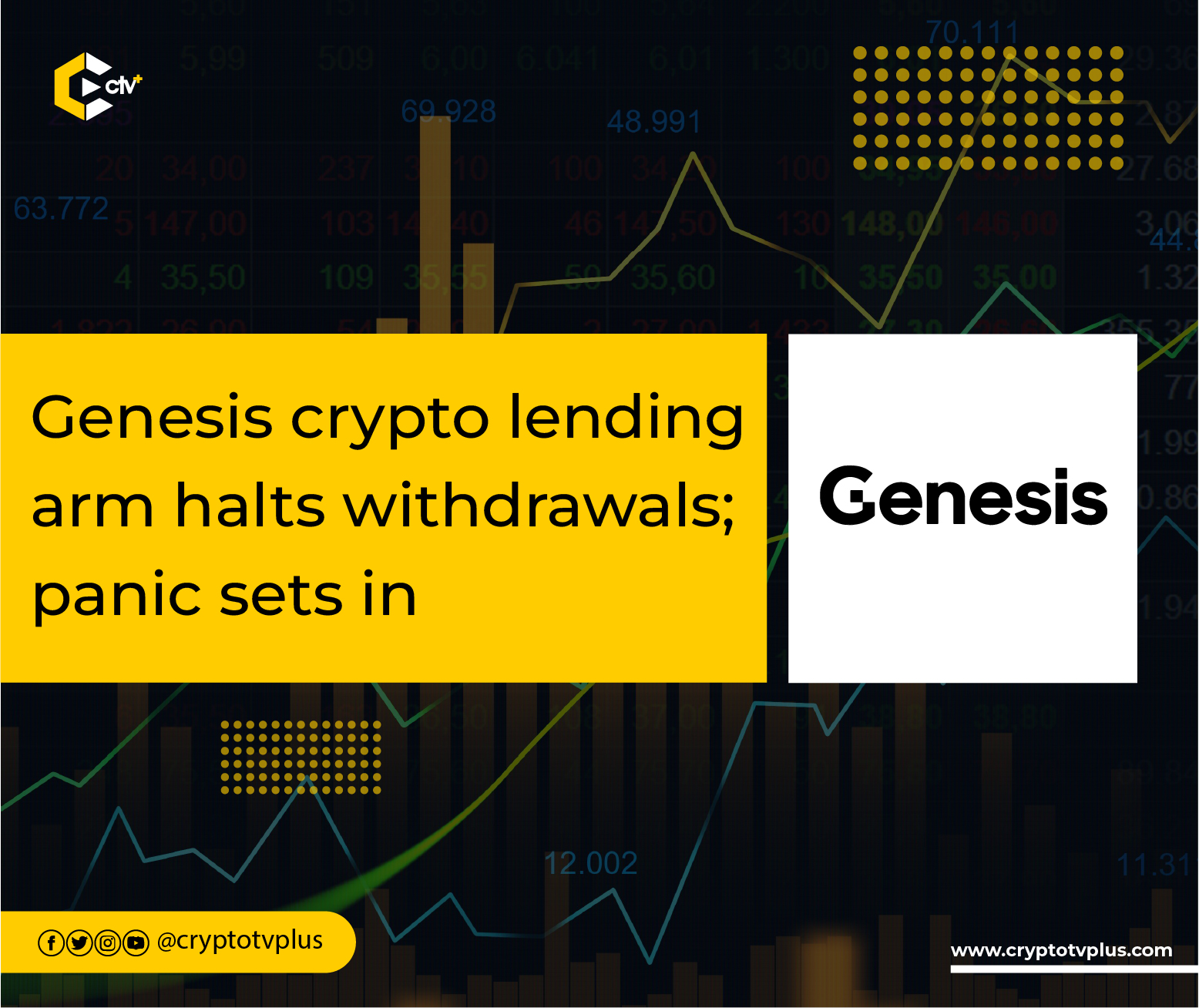 The ripple effect of FTX’s collapse is yet to simmer. Crypto investment bank Genesis appears to be the latest victim. Reports have emerged that Genesis’s lending unit, Genesis Global Capital, has halted withdrawals after it held a call on Wednesday with its customers, announcing its inability to meet withdrawal requests. Genesis Global Capital offered yields on cryptocurrency deposits.

Interim CEO at Genesis Global Capital, Derar Islim stated during the call that the firm is temporarily suspending redemptions and new loan originations. However, he added that Genesis is exploring options for the lending arm, including finding a source of fresh liquidity to meet customers’ withdrawal requests. Islim noted that the lending service would reveal more details to clients concerning its plan next week.

Furthermore, Islim has distanced Genesis Trading from the lending service, noting that the former is “independently capitalized and operated separately from the latter.” Genesis Trading is a broker/dealer to Genesis Global Capital, and according to Islim, its trading and custody services remain fully operational.

Genesis is owned by Digital Currency Group (DCG). Vice President of Communications and Marketing at DCG, Amanda Cowie, had this to say on the announcement by Genesis Global Capital.

“Today, Genesis Global Capital, Genesis’s lending business, made the difficult decision to temporarily suspend redemptions and new loan originations. This decision was made in response to the extreme market dislocation and loss of industry confidence caused by the FTX implosion,” said Amanda Cowie, vice president of communications and marketing at DCG.

“This decision impacts the lending business at Genesis and does not affect Genesis’s trading or custody businesses. Importantly, this decision has no impact on the business operations of DCG and our other wholly owned subsidiaries,” Cowie added.

Genesis Global Capital is not the only institution affected by FTX’s collapse. Earlier this week, BlockFi hinted at the likelihood of declaring bankruptcy due to its FTX exposure, instigating concerns that more crypto institutions have been affected than reported.

In another development, crypto exchange Gemini has also suspended its Earn program, which it operated in partnership with Genesis. The exchange released a statement today that it is working with Genesis to help users redeem their funds.

“We are working with the Genesis team to help customers redeem their funds from the Earn program as quickly as possible. “We are disappointed that the Earn program [service agreement] will not be met, but we are encouraged by Genesis’ and its parent company Digital Currency Group’s commitment to doing everything in their power to fulfill their obligations to customers under the Earn program,” Gemini said in its statement.

Related Topics:BlockFiFTXGeminiGenesisGenesis Global Capital
Up Next