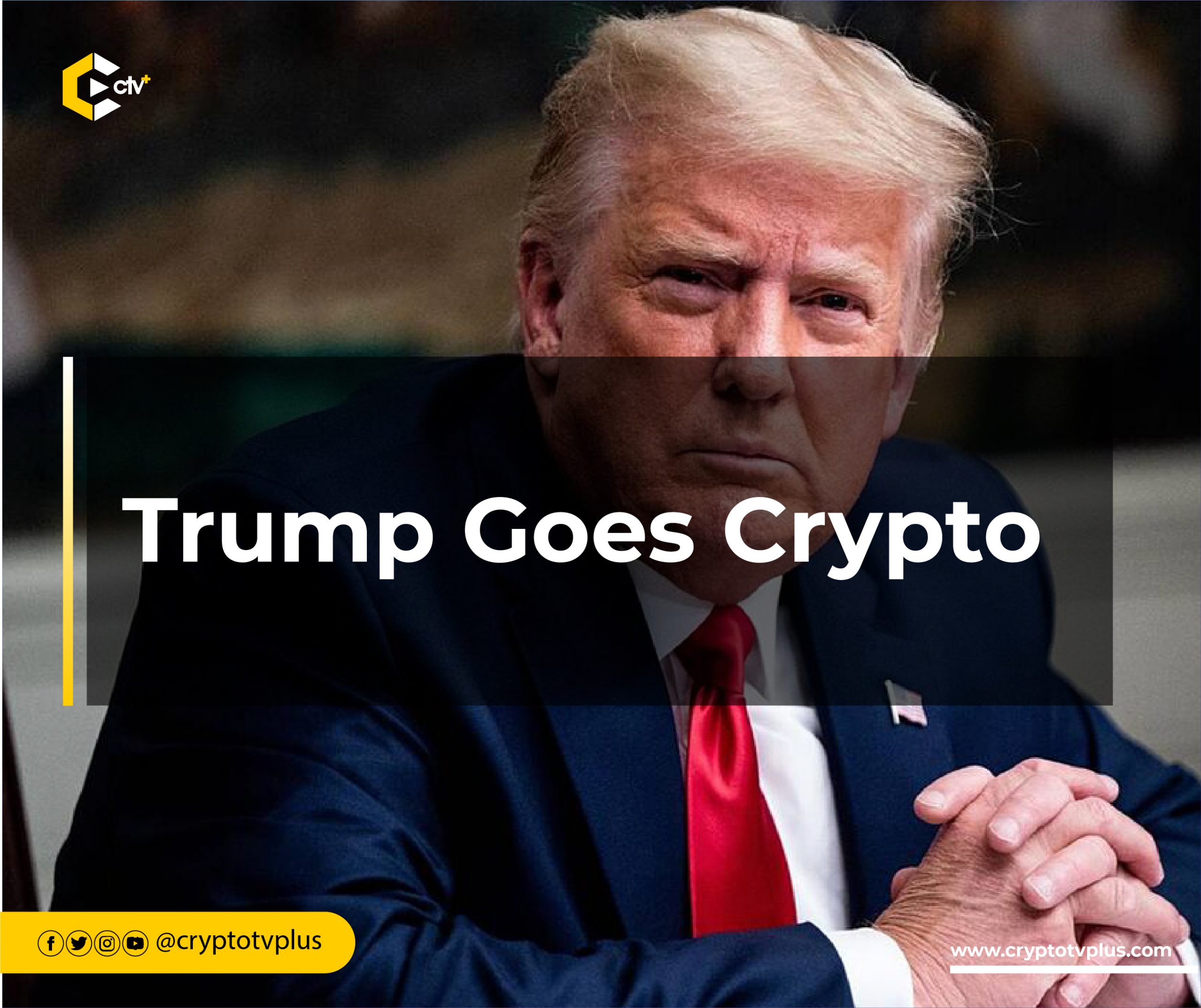 The website for the collection claims that the Trump Digital Trading Cards include pictures of the president in a design resembling vintage baseball cards. The $99 tokens, which were created on Polygon, may be bought using ether (ETH) or fiat currency.

Customers are prompted to select how many Trump Trading Cards they wish to buy after the checkout process. For buying 45 NFTs at once, the pop-up offers a guaranteed ticket to a gala dinner with Trump. The buyers would be charged $4455 for this.

Also, each time a collector buys one of the digital trading cards, they are instantly placed into a “sweepstakes” to receive a choice of chances to meet Trump, including a zoom call, a dinner in Miami, or a cocktail hour at Mar-a-Lago. The trading cards will have varying rarity levels, such as one-of-ones, “either 2, 5, 7, or 10 copies. According to the website, there won’t be more than 20 copies of any Trump digital trading card.

The website also has an advert from Trump in which he claims, “Each card carries a built-in opportunity to win fantastic rewards like dinner with me. On Twitter, some users originally criticized the effort and called the collection a “scam.” Others call it “trashy late night commercials.”His political opponents have also criticized him as something of a cartoon character.

“Whoever told Trump to do this should be fired,” Keith and Kevin Hodge, two Trump supporters and stand-up comedians, posted on Twitter. 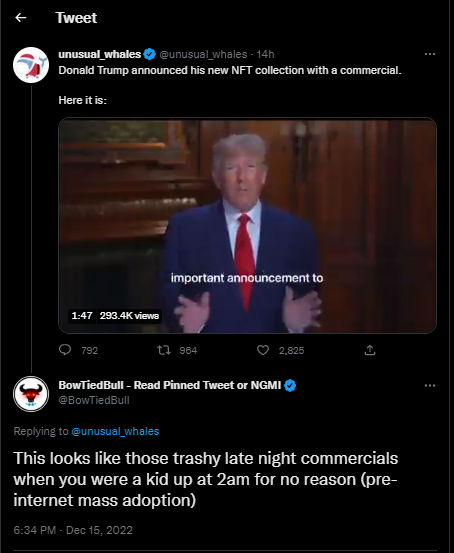 The NFT launch comes as a surprise to crypto natives even as celebs, and traditional companies are jumping into NFTs. Trump in mid 2021 spoke to Fox Business calling bitcoin a scam, and that it is competing with the US dollar.

As a former US President with possible plans to become the next President in 2024, one is not surprised at his statement however, the move into crypto with NFTs begs the question of if the opinion of the 45th President of the United States on crypto has changed.

Australia to launch new crypto and tokenization framework in 2023