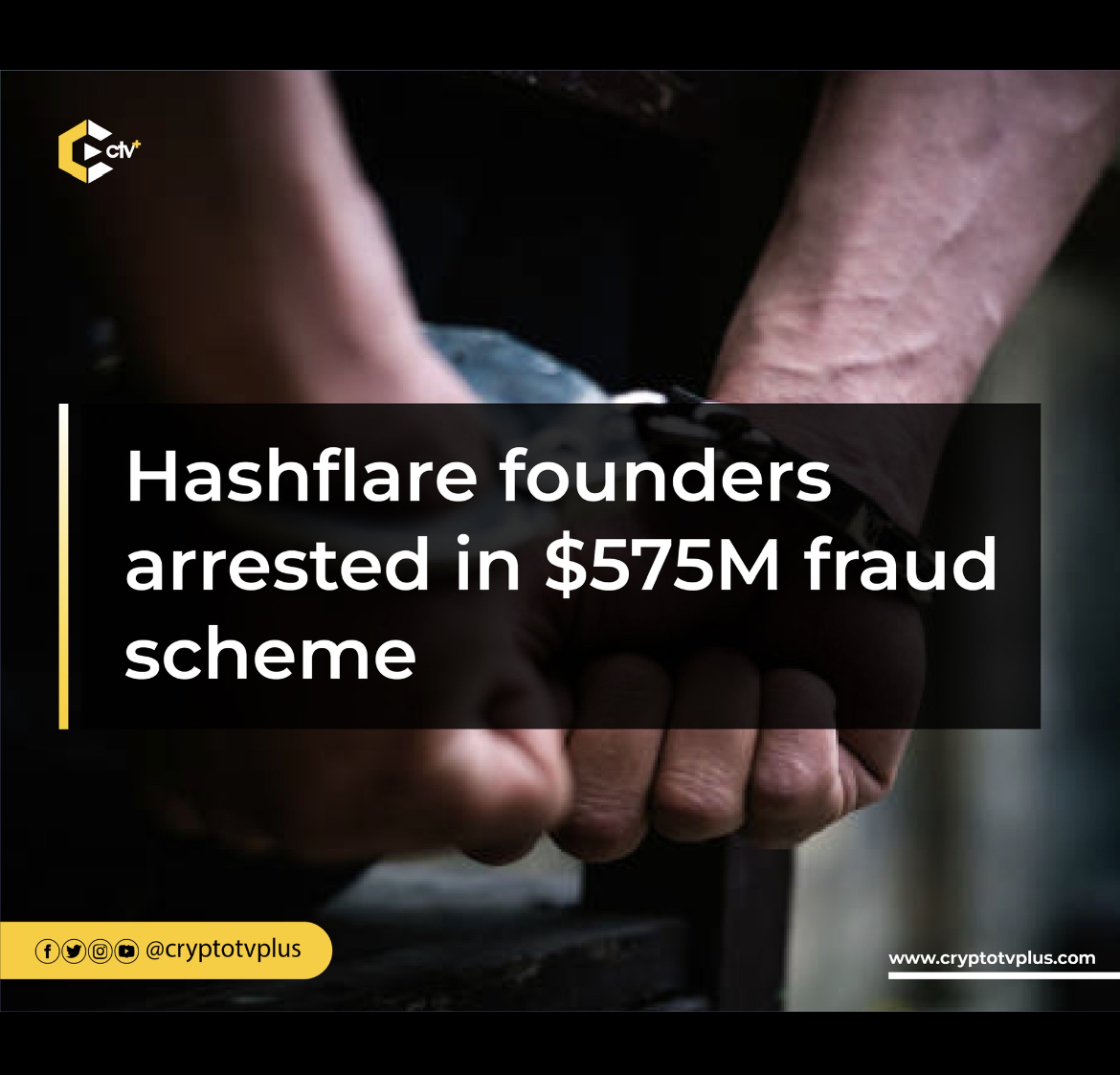 The two founders of the now-dead Bitcoin cloud miner HashFlare have been apprehended in Estonia over their supposed contribution to a $575 million crypto conspiracy scheme.

HashFlare, a cloud mining firm founded in 2015, permitted its clients to rent the company’s hashing power to mine cryptocurrencies and in turn, gain an equivalent portion of its benefits. Upon inception, Hashflare was regarded as one of the giants of the crypto mining industry not until it shut down a large portion of its mining operations in 2018, blaming this on its difficulty in generating revenue because of the market fluctuation.

However, in the court documents released by the United States Department of Justice, it was revealed that the whole mining operation conducted by the two founders, Sergei Potapenko and Ivan Turgin, was a phase in their well-orchestrated plan in which “hundreds of thousands of victims” were defrauded.

The document further revealed that the firm lured victims into ”fraudulent equipment rental contracts” through HashFlare. Some victims were also persuaded to invest in Polybius Bank, a fake virtual currency bank.

In addition to the accusations leveled against them, the duo have also been accused of attempting to launder their illegal proceeds through 75 landed properties, six luxury vehicles, cryptocurrency wallets, and thousands of cryptocurrency mining machines.

Expressing his surprise at the gravity and structure of the scam, the U.S. Attorney for the Western District of Washington, Nick Brown, described the whole scheme as one that is “truly astounding.” Adding to this, Nick stated that “These defendants capitalized on both the allure of cryptocurrency and the mystery surrounding cryptocurrency mining to commit an enormous ponzi scheme.”

The pair are now being charged with conspiracy to commit wire fraud, 16 counts of wire fraud, and one count of attempted money laundering through shell companies, fraudulent invoices and contracts. With these charges, the two Estonian founders could face up to 20 years in prison if found guilty.