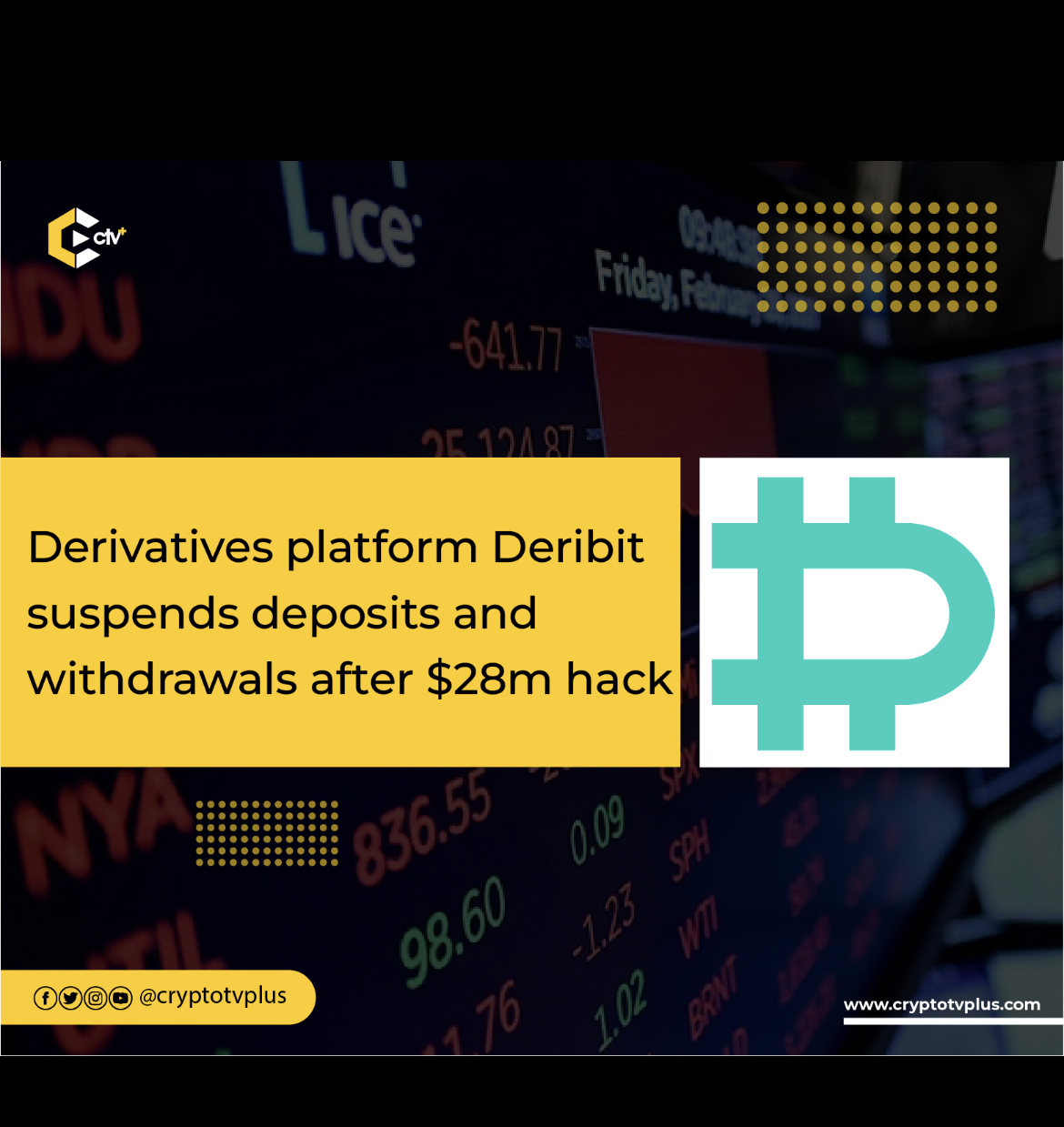 One of the industry’s leading cryptocurrency options and futures exchanges, Deribit, has suffered a cyber attack which has led to the draining of $28 million from its hot wallet.

In a tweet, Deribit revealed that although the company’s hot wallet has been compromised, the client’s funds and assets are safe and the incurred losses are covered and augmented by the company’s reserve.

Clarifying the effect of the hack, the Deribit explains that client assets, Fire Blocks or any of the cold storage addresses are not affected. It  explained that the company had previously prepared for this type of hack through a procedure to keep 99% of their user funds in cold storage to mitigate the effect of these types of scams. According to Deribit, “The hack is isolated & quarantined to our BTC, ETH and USDC hot wallets.”

Responding to the hack, Deribit has suspended all withdrawals and deposits as part of the investigative measures. The suspension of transactions is also a security check measure to enable the security team to check for other possible loopholes and certify that the exchange is safe to re-open and resume its routine activities. Deposits that have been initiated will still be processed and will be credited to the designated accounts after the required number of confirmations.

The exchange revealed it had increased the minimum number of confirmations for transactions, adding that this will cause a delay in crediting funds.

Users are also urged not to send in new deposits until their wallets are opened again.

Deribit reassured its users reiterating the fact that the insurance funds will not be affected and the company’s reserve will foot the loss. It was  added that “Deribit remains in a financially sound position and ongoing operations will not be impacted.”

Clearing the air of any misconception, the exchange concluded that the client servers – Colo racks, have not been linked to the breach.

What do you mean by this article? Share your comments below.