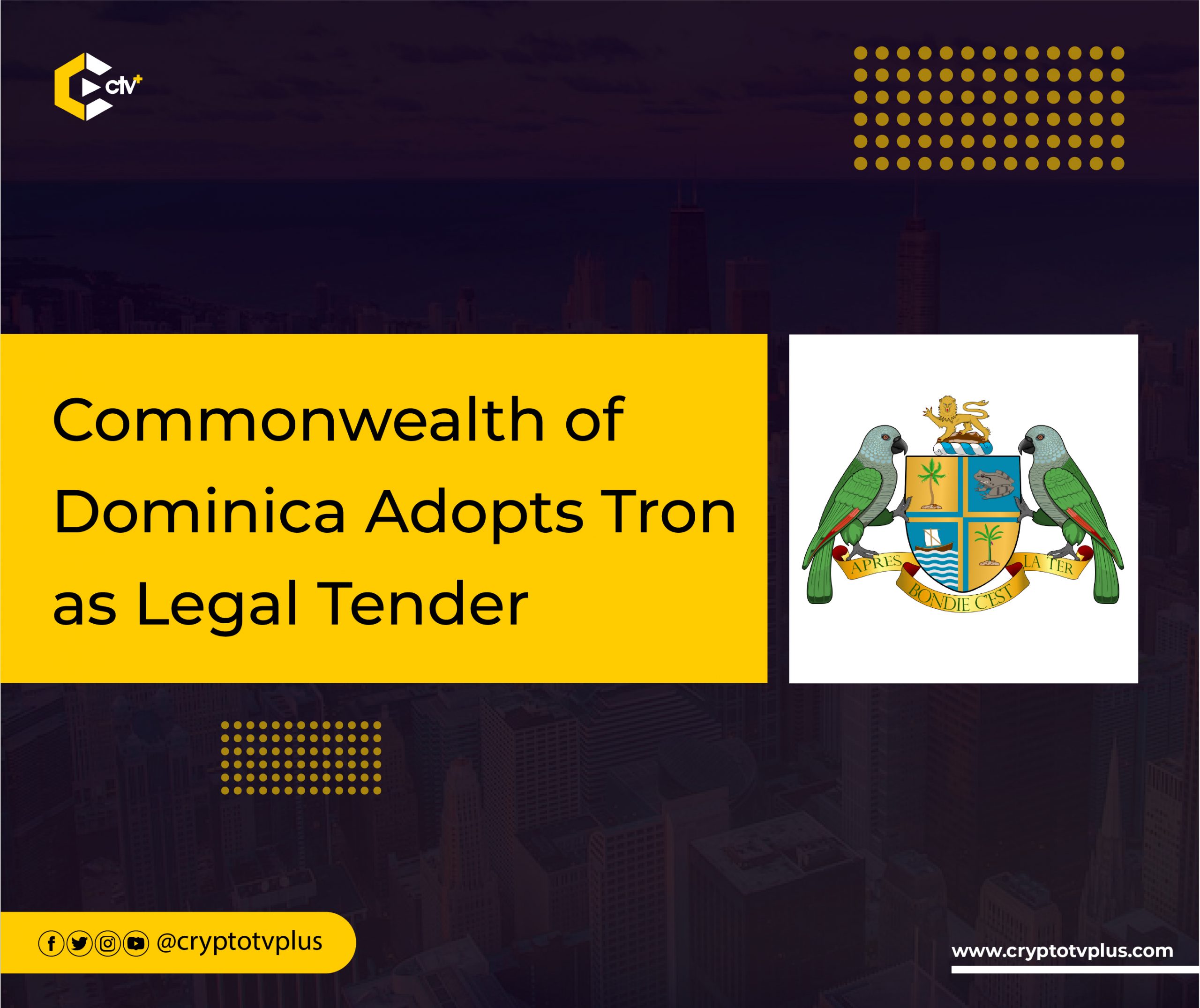 The 15th largest cryptocurrency by market capitalization, Tron is now accepted as legal tender in Dominica. According to the government of Dominica, Tron (TRX) and native tokens on the blockchain network are legalized as digital currencies in the country.

Controversial Tron founder Justin Sun shared the news on his official Twitter on October 12. The agreement will see all tron-native tokens such as BTT, JST, and NFT, including stablecoins— USDD, USDT, and TUSD accepted as a medium of exchange.

Following this, the Dominica government has announced it will allow these tokens to be used for public payments, including tax. In addition, businesses have been enjoined to receive digital currencies in exchange for their services.

Interestingly, the government mentioned that the market would determine the exchange rate between Tron crypto and the East Caribbean Dollar (XCD). In the same vein, transactions between the two assets are excluded from capital gain tax, the government revealed in its ordinance.

The Tron blockchain will also host a potential fan token— Dominica Coin, as the Dominica government intensifies efforts to introduce blockchain to its economy. The token will be created to promote Dominica’s natural heritage and tourist attractions.

Per Dominica’s Prime Minister Roosevelt Skerrit, the initiative will help the country build a more inclusive and diversified economy.

“The open and cost-effective nature of the TRON blockchain infrastructure will play a vital role to better integrate small island developing states like Dominica into the global economy in the future.”

Dominica is the second country in the Caribbean where Justin Sun is bringing crypto adoption to the fore. In Dec 2021, Sun was appointed as Grenada’s ambassador to the World Trade Organization.

Following his appointment, he revealed his commitment to crypto adoption could make the WTO recognize the value of blockchain technology, which could be a boon to the industry.