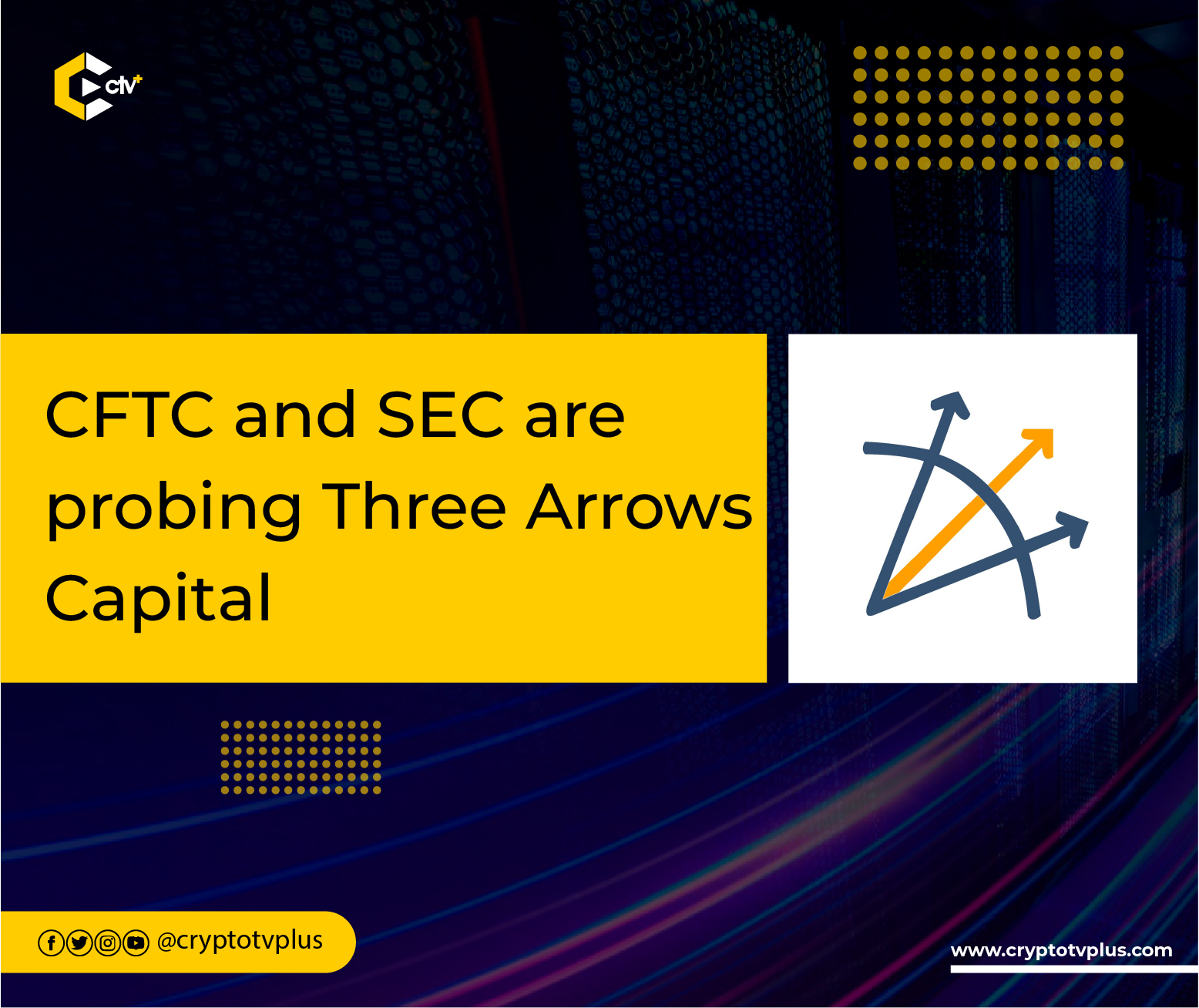 The US regulatory body, namely The Commodity Futures Trading Commission (CFTC) and the Securities and Exchange Commission (SEC), have directed their eye of scrutiny toward the failed crypto hedge fund Three Arrows Capital as they try to tackle the challenges brought about by this year’s crypto decline.

The firm, which was one of the dominant names in the space, filed for bankruptcy in July after a massive sell-off that occurred as a result of the crash of Terra Blockchain.

The CFTC and SEC are now looking into the firm deeply to determine if the hedge fund broke regulations by misleading investors about its balance sheet numbers and not registering with said agencies.

Scrutiny into the firm from the agencies could result in the firm paying certain fines or other penalties. According to reports, the co-founders Su Zhu and Kyle Davies are rumored to have their whereabouts unknown and have rejected opportunities to give out comments concerning the situation. An advisory firm appointed by the British Virgin Islands court to oversee the liquidation of Three Arrows has also declined the opportunity to comment.

At its peak, Three Arrows boasted a portfolio of billions of dollars, making the firm a major player in the crypto space, a leverage it used to secure loans from firms all over the industry, and was widely known as a venture investor for a number of start-ups.

But the firm’s successes came to a halt following major losses it sustained in its position in the failed Terra Blockchain which collapsed in May 2022. As the ripple effects of the stablecoin’s collapse spread across the wider crypto market, 3AC could not meet margin calls from its lenders and filed for bankruptcy weeks later.

The liquidators responsible for overseeing the circle-down of the firm have seized control of tens of millions of the firm’s assets. However, that is a fraction compared to the billions creditors say they owe. Some of such creditors are bankrupt crypto lenders Voyager Digital and Celsius Network.

Teneo, the liquidators appointed by the court, have claimed according to reports, that 3AC’s founders haven’t really been cooperative with the unwinding.