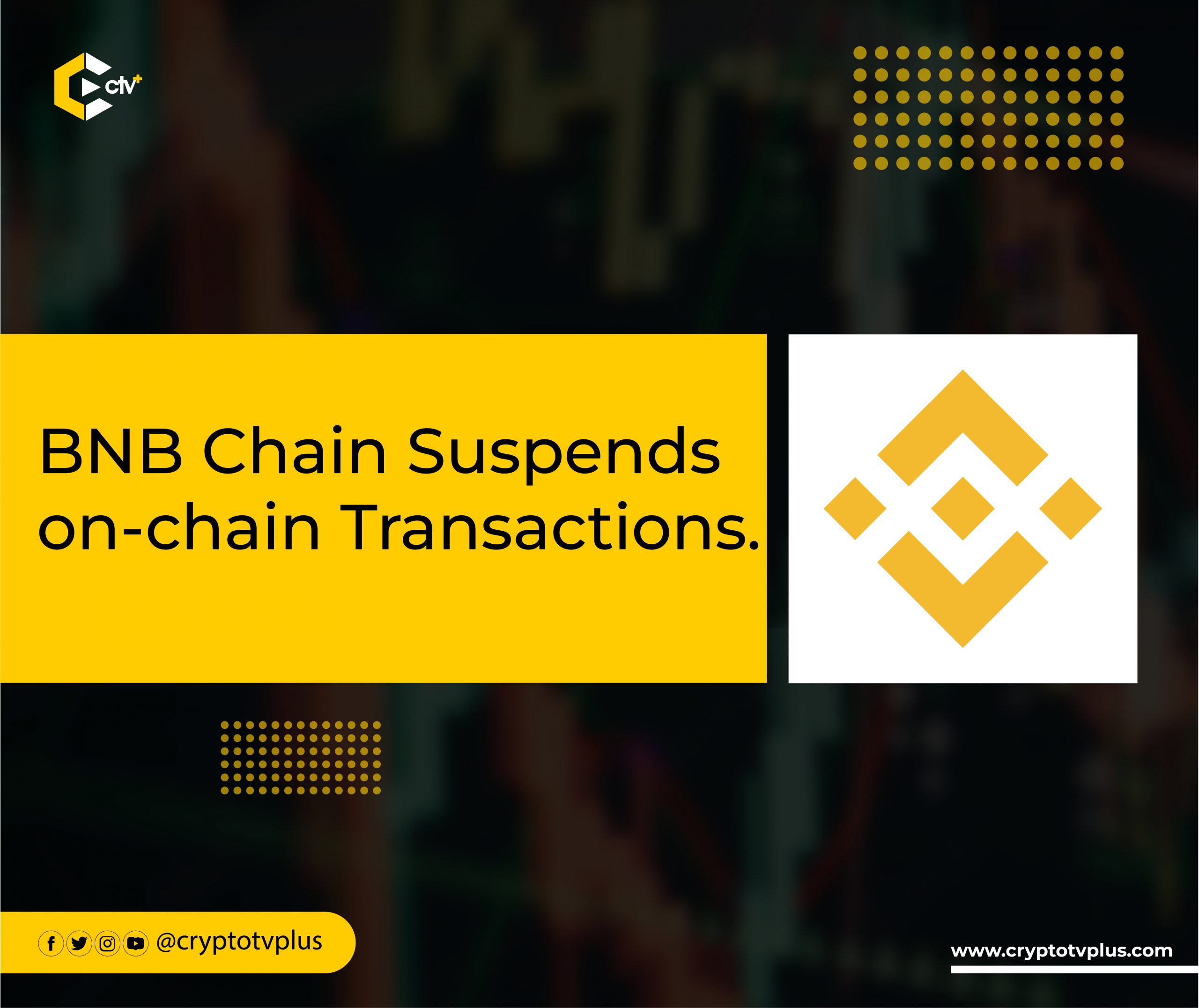 The BNB Chain (BSC) has announced the suspension of withdrawals on the Binance smart chain after it suffered what was described as a “potential exploit” by hackers.

Announcing this via a tweet, it was stated that “Due to irregular activity, we’re temporarily pausing BSC,” while adding that the situation is contained and investigated.

Before this announcement, on-chain data shows that more than $400 million worth of BNB tokens were sent from the smart chain token hub, the clearinghouse for crypto transactions moving between the Binance-linked blockchain’s interlocking parts to a new address on Thursday, 6th of October 2022. The receiving wallet has also been reported to hold tokens worth more than $500 million worth of crypto, with coins that span ETH, MATIC, and FTM.

According to Samczsun, the hack was possible because “there was a bug in the way that the Binance Bridge verified proofs which could have allowed attackers to forge arbitrary messages.” He further added that the attack was quickly stopped as the attacker could only forge two messages, “but the damage could have been far worse.”

As a prompt response to this attack, the BNB chain has decided to curb this suspicious activity on the blockchain and prevent the further unauthorized transfer of assets by halting the chain’s activities pending the time the problem is resolved and safe to use.

As an investigative and solution measure, coindesk reported that the wallet connected to the transaction had been blacklisted as the firm is certain that the transaction is a result of a launched attack rather than “something more benign,” and work is in progress to freeze the transferred funds.

Collaborating this, the mother brand on Twitter stated that the BNB chain “is currently under maintenance,” adding that all deposits and withdrawals via the BNB chain are temporarily unavailable until further notice.

Commenting on this hack, the CEO of Binance stated via a tweet that “An exploit on a cross-chain bridge, BSC Token Hub, resulted in extra BNB. We have asked all validators to temporarily suspend BSC.”

To allay all fears, the tweet categorically stated that all funds on the Binance smart chain are safe.

Over $4 billion stolen through cross-chain transactions