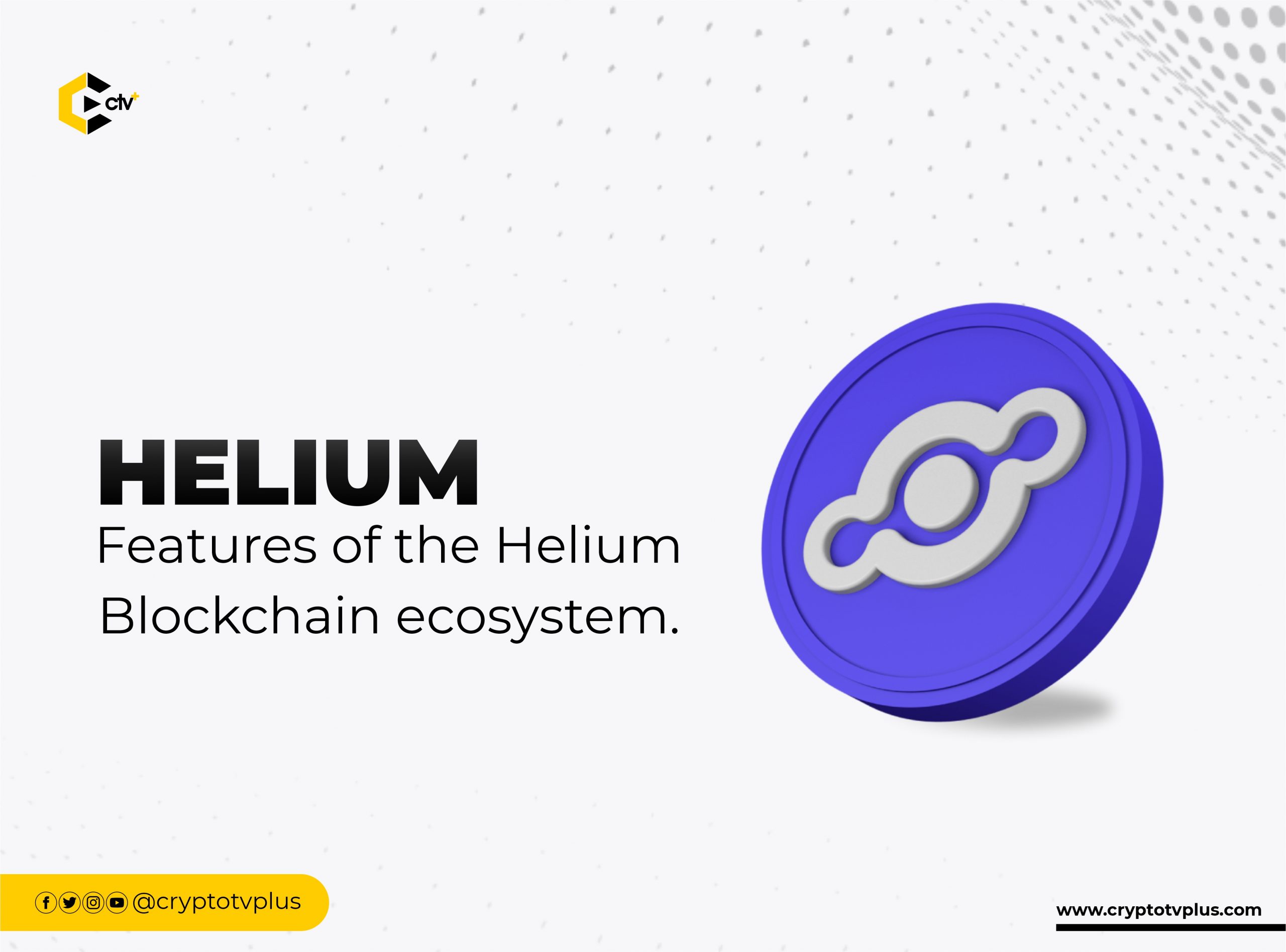 To get a full grasp of the Helium blockchain, you will need to read about it in detail here, as we’ve created a post for you. On this page, you’ll see nine unique attributes of the Helium Blockchain.

But before then, it’s good to know that it’s similar to other blockchain platforms as it’s decentralized, operates with the distributed ledger structure, is permissionless, and has a protocol for agreement of validation. Now, it’s uniqueness:

It is created by hotspots

Lora and LoraWAN bear the foundation for the Helium blockchain. These are networks that provide connectivity between devices using Radio connectivity.

While “LoRa is the physical layer or modulation technique used for long-range, low-power communications links” according to trendmicro.com, “LoRaWAN is a communication protocol and network architecture that sits on top of the LoRa physical layer.”

Devices that use this network include GPS trackers, environmental sensors, weather meters, etc., where little bits of information are shared.

The integration of the LoraWAN with a hotspot on the Helium blockchain gives more access to the LoraWAN creating a decentralized peer-to-peer network for the Internet of Things (IoT). Therefore we have LongFi.

Mining rewards are distributed per epoch instead of per block.

In the typical blockchain platform like Bitcoin and Ethereum (although Ethereum 2.0 is going for epoch instead of blocks) mining rewards are shared relative to block creation. For Helium blockchain, epochs are used.

It is defined as the time it takes to validate a specific number of blocks. That can be controlled by the time taken to get a group of miners to act as consensus groups like in the Helium blockchain.

For Helium, the block target is 30. This depends on the agreement of the network. So, mining rewards, which is $HNT in this ecosystem, are distributed once an epoch is formed by the consensus group the rewards transaction.

Blockchains like Bitcoin have five standard types of transaction scripts, Ethereum three… For Helium blockchain, there are 20 native transaction types. Some appear in nearly every block mined while others were created to be used only once and will never be heard from again.

Here’s a list of the supported transactions from helium.com:

The Helium blockchain uses an account-based system for wallets and balances (similar to Ethereum and others) as opposed to a UTXO-based ledger like Bitcoin blockchain. So what’s the difference?

According to Horizen Academy, “the UTXO model is a verification model. This means users submit transactions that specify the results of the state transition, defined as new transaction outputs spendable by the receiver(s). Nodes then verify if the consumed inputs are unspent and if the signature(s) satisfy the spending conditions.

“The account model, on the other hand, is a computational model. In this model, users submit transactions instructing nodes on what state transitions should look like. The network then computes the new state based on the instructions.”

From time to time, any network gets so busy that transactions become slower due to network congestion. When this happens, the time it takes to create blocks or epochs (for Helium blockchain) becomes slower, so it will take more time compared to when the network is functioning optimally.

When this happens, it affects the blockchain in such a way that lesser HNTs are produced as well. The implication? Everyone earns lower – from “Challenger” to “Challengee” to “Witness” and other participants.

However, one set of participants is not affected – the Consensus Group members. Why? It’s an attempt to make these groups commit to their responsibility of keeping elections fast; otherwise, a member can decide to slow the rate of the election, thereby causing more harm to the system.

Also, for those who are not members of the Consensus Group, once you earn less during this period, you know that it’s not just your device that’s having that experience. Other miners so to say are in the same situation with you.

What does this mean? If I want to transfer 80 HNTs to your wallet and all I have is 80.3 HNTs which might not be enough to transfer that amount and also help with the supply of the Data Credit after the transaction is submitted to the blockchain, it will not pull through and my HNTs will be intact without any subtraction. Therefore, transactions in the Helium blockchain either succeed fully or nothing happens.

How to earn more HNT with your hotspot.

There are certain steps you can take as a miner using the Helium blockchain that will help you earn more HNTs. Of course, you need to have the hotspot first and then do these:

Select a higher plane for your hotspot, it’ll improve the visibility of your hotspot. This applies to almost any system that is network-related in terms of terrestrial networks.

Remember, that wireless connectivity is possible because of the presence of waves. Consider connecting “your Hotspot to your router with an ethernet cable. Do not rely on WiFi, even if it seems way easier. WiFi will cost you HNT by having an unstable connection. Depending on the Hotspot, that can be a higher or lower penalty.

Open port 44158 if you’re showing as relayed,” says a Helium blockchain user. If you use the correct antenna size, it can also make you earn better. For example, a low gain antenna of 4 dBi will most likely produce a better-earning result than one with higher gains giving you the best earning coverage. You can also use low loss cables like LMR400 for runs one 6′.

A “Challenge” is an amount of work that must be done to satisfy the PoC protocol before a block is created. For these challenges, three different roles are required and they include the “Challenger”, the “Challengee” and the “Witness”. Each has a unique part to play from the start of any challenge to the validation.

Other features will be added to the Helium blockchain as the team keeps working to improve on what they have. Several feedbacks have been received from users showing that the system is working and has higher promises for more adoption.