Challenges of the Ethereum Blockchain
Advertisement 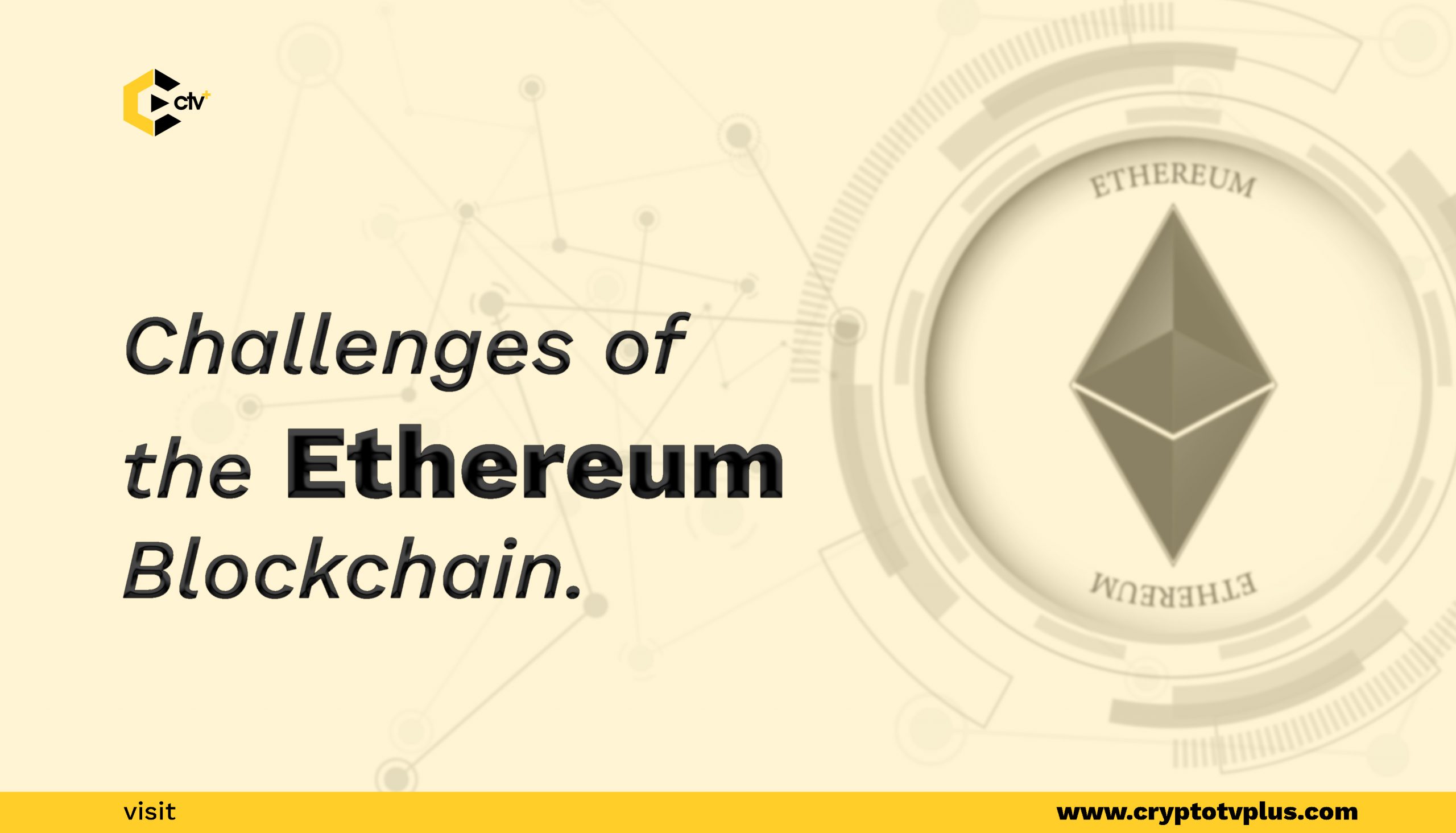 Ethereum Blockchain has the second biggest cryptocurrency in the world – Ether. It is a distributed public blockchain network, the most popular platform for dApps and the pioneer of smart contract and DeFi. However, these giant strides do come with their own challenges and problems. Some of them are discussed below.

One of the core problems with the Ethereum network is it has been plagued by the inability to scale to meet demand without incurring high transaction fees as well as slow execution of transactions, market participants said.

In early 2021, coinciding with the first bull cycle, Ethereum fees skyrocketed to above $40 per transaction. Now in 2022, with the crypto market ranging , fees have once again spiked to high levels($61-$81) making the network unaffordable for the mainstream.

A key contributing factor for this restriction is the need for every node to process each and every transaction that happens on the network. Unless this challenge is resolved, the transaction congestion can lead to long wait times for Ethereum users. In order to be ready for enterprise-class applications, the Ethereum network needs to improve its transaction processing speed on a mega scale.

Slow Transactions Due to Too Many dApps

At the heart of ethereum’s ascendancy is DeFi, which refers to peer-to-peer cryptocurrency platforms that facilitate lending outside traditional banking institutions. Many sites run on the ethereum network, using an open-source code with algorithms that set rates in real time based on supply and demand.

Decentralized Finance (DeFi), which is an entire ecosystem of smart-contract-powered apps that enable users to trade, lend, secure loans, and do other financial activities without the need for intermediaries, is mainly built on the Ethereum blockchain. For context, the network processes trillions in transactions annually and has around $107 billion in total value locked (TVL).

DeFi, however, has its problems. Dune Analytics research showed 2%-5% of transactions on ethereum-based decentralized exchanges failed due to complications such as slippage or insufficient “gas” prices, which are the fees required to successfully conduct a transaction on the ethereum blockchain. Estimates also put it that more than $285 million were lost in DeFi hacks in 2021.

Since the Ethereum network is limited to 15 transactions per second, transaction times and fees end up rising at times of network congestion. This explains why fees as high as $50 per transaction have become frequent recently.

The Advent of ‘Ethereum Killers’

In recent times, Ethereum has largely failed to meet the increasing demand in the decentralized world. This has given birth to rival blockchains, or so-called ‘Ethereum killers’ which have been successful in addressing the scalability issues.

Each of the alternative smart contract blockchains has a unique set of attributes, though they all use a different blockchain system known as Proof of Stake as opposed to Ethereum’s current Proof of Work. In this case, transactions are settled by consensus between proven holders of the cryptocurrency in question, resulting in lower energy consumption and a more scalable system. Here is how this looks for various platforms:

Binance Smart Chain(BSC), a rival to Etheruem, can process an average of 55 to 60 transactions per second. The project has grown exponentially since its launch in August 2020. In May 2021, BSC passed Ethereum by nearly 600% in terms of transaction volume.

And now in early 2022,it has recorded approximately 1.75 billion lifetime transactions since its launch in August 2020. Analytical data from BscScan, a sister product of Etherscan, reveals that Binance Smart Chain (BSC) surpassed 14.7 million blockchain transactions in November 2021.

Similarly, Solana, it relies on proof-of-stake processing, paired with a unique layer called proof-of-history. This network records and settles transactions based on ultra-precise timestamps rather than constantly communicating with other validators. Together, Solana’s solution can process a mind-boggling 50,000 transactions per second and each transaction is completed in real time.

Fees will rise as developers, traders, investors, and end users scale up their transaction volumes but currently run at a forgettably small $0.00025 per transaction. Solana network outperformed Ethereum by 500% in August, 2021. Towards the end of 2021, the blockchain was even matching Etheruem in terms of popularity.

Another network that is out to overtake Ethereum is Avalanche, it is a fast-emerging crypto and Ethereum competitor that promises to deliver fast transaction speeds.

It is an advanced blockchain platform designed to overcome issues with older cryptocurrencies that inhibit their scaling abilities.Recently, AVAX crypto has moved up considerably as the market realizes its significance.

Cardano is also an emerging network that is out to outshine Ethereum. It separates its transaction settlement functions from its computational layer, allowing the network to process hundreds of TPS.

Transaction fees are comparable to Ethereum’s at $0.22 per average transaction. Finalizing each transfer requires 15 third-party confirmations, which currently takes about 10 minutes. The Cardano project is managed as a highly decentralized open-source system.

These challenges got to the Ethereum founders and developers. The team isn’t sitting still while upstarts and alternative solutions rush in to steal their lunch. Through a series of upgrades to the underlying blockchain systems, the digital currency is transforming into Ethereum 2.0. The concept of Eth 2.0 would be discussed in the next chapter!

What do you think about this article? Let’s hear from you in the comment section!