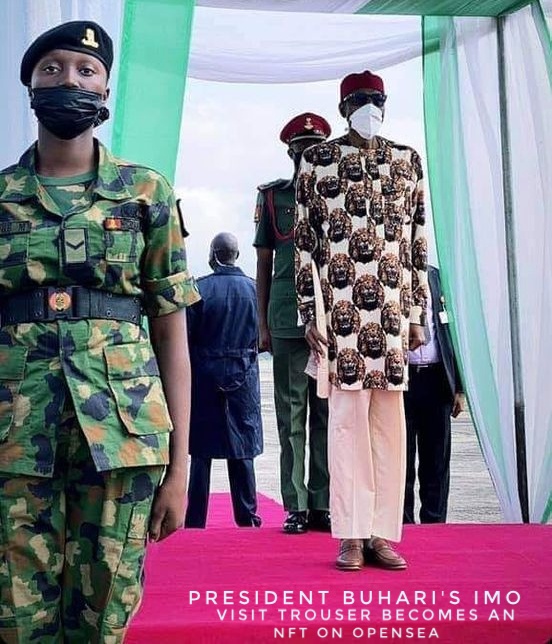 A user on leading NFT platform Opensea has created an NFT from the trouser the President of Nigeria, General Muhammadu Buhari wore to the southeastern state of Imo.

The trouser which has generated reactions online across several social media platforms was worn by the President when he went to meet the government and people of Imo because it wasn’t long enough to cover his legs.

Other than the Trouser worn by the President, others also made fun of the President because of his shoes and after he wasn’t welcomed by a large crowd. This was due to the sit at home order issued by the Indigenous People of Biafra (IPOB).

The Trouser-NFT is titled BuhaTrouser in an untitled collection. The NFT has generated 17 views and was deployed on Polygon.

No bid has been made as at press time on the NFT yet.

What do you think? Share this Story After commenting your opinion?

Yeye. Don’t think this will sell though