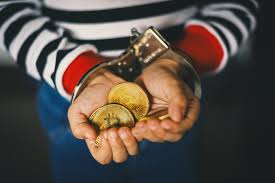 32 year old Antonije Stojilkovic has been deported to the United States following this order by a Dallas Federal Court on claims of swindling investors of their hard earned monies (of about $70 Million) via a scam scheme. The scam’s offer was to the effect that investors could get BTC at “half market price.” Many of the defrauded investors are domiciled in Northern Texas.

The United States Department of Justice (DOJ) claimed that the mastermind of this Scheme had maintained that he was lobbying for funds for the mining of crypto and binary options.

The Serbian man had marketed the binary options as “an average payout of 80 percent and promised 20 percent refunds on every lost trade.”

It appears that five other alleged accessories to this crime or better still alleged conspirators [whichever it is proved that they are or not] have been alleged to be part of this fraud. Stojilkovic was arrested by the Serbian authorities in July 2020 and the Federal Bureau of Investigation arrested and transported him to the Northern District of Texas on Thursday the 4th of February, 2021. He is alleged to have had five Serbian co-conspirators and one U.S.-based co-conspirator.

According to the DOJ, the above men peddled their fraudulent scheme behind some 50% off trading activity, “false transfer receipts and withdrawal history.”

If Stojilkovic and the others are found guilty, he and his co-defendants are at the risk of 20 years imprisonment.

This appears to be a huge scam; many investors may have to be weary of stashing their hard-earned monies on unfounded investment schemes that glitter.

What are your thoughts on this?

Let us hear it in the comment section below.