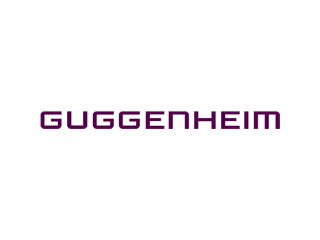 Once again the bitcoin market has received another future prediction for the price of bitcoin from Scott Minerd, Guggenheim Partners’ Chief Investment Officer. This is coming after his previous predictions of bitcoin price reaching $400,000 released December last year and his prediction on 20th January this year that bitcoin price would retrace back to $20,000. The latest prediction seems to favour the bears as Scott has stated that the demand of the institutional investor base is not enough to keep bitcoin price above $30,000 or sustain the current prices.

The prediction was revealed in his statement during an interview with Bloomberg Television where he said, “Right now, the reality of the institutional demand that would support a US$35,000 price or even a US$30,000 price is just not there. I don’t think the investor base is big enough and deep enough right now to support this kind of valuation.” Stating that bitcoin should still be regarded as a valuable asset for long-term profit, he highlighted that the current downtrend experienced by bitcoin is not uncommon and more of it should still be expected by holders and analysts in the future.

See Related Articles: Top 5 Cryptocurrencies To Watch Out For This Week

After starting the year with a rapid bull run and price increase, bitcoin was able to attain an all-time high of nearly $42,000 on 8th January. However, since then, it corrected by 27% and is now at the moment of writing, a little over $31,000. Judging from the lows that the price has dripped to over the weeks, the downtrend is getting stronger.

If we are to go by Scott Minerd’s statement on the price of bitcoin retracing to $20,000, holders should be prepared for a correction of more than 50%. The last time such correction happened was in March 2020, also the period in which “Black Thursday” was recorded, when bitcoin dropped from $10,000 to $5,000 in three weeks.

Speaking on small investors, he also added, “Now that we have all these small investors in the market and they see this kind of momentum trade, they see the opportunity to make money and this is exactly the sort of frothiness that you would expect as you start to approach a market pop.”

However, in spite of these predictions flying here and there, it is worthy of note that analysts previously highlighted that the $4 billion options expiry happening tomorrow shows good tidings for the bull market. Holders are therefore advised to react to all market analysis and price predictions with caution and due diligence.

Where do you think BTC is headed?