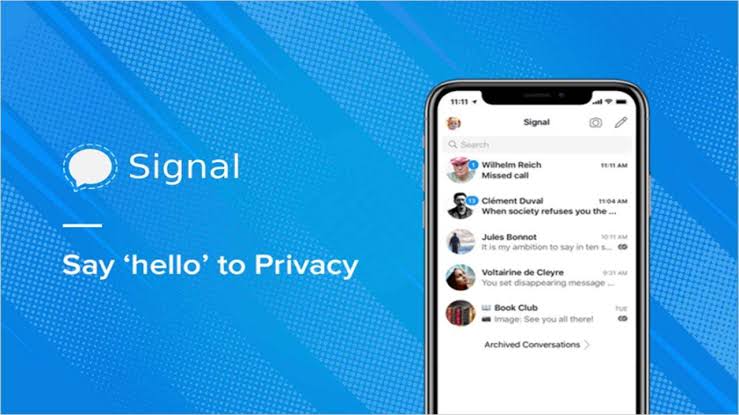 With the release of Whatsapp’s revised privacy policy, a huge uproar ensued as a lot of users made a move to Signal, a privacy-centered messaging service developed by Signal Technology Foundation and Signal Messenger LLC. Its user base saw a huge 100% jump during this period and it is rumoured that the app is set to become a huge competitor for Whatsapp as the days go by.

Now, after taking the digital world by storm, reports have come in that Signal has begun to pump in resources to begin the development of cryptocurrency payments integration for its users on the app. The tests for the token to run this service is being run on MobileCoin, a Binance-backed privacy cryptocurrency platform. This news has also been backed by former Signal employees who have confirmed that Signal plans to integrate MobileCoin on its platform.

The CEO of Signal, Moxie Marlinspike has, however, waved these views aside stating that the tests were mere design explorations and that integrating payments on Signal would not be a hasty hypothetical decision. This is coming in the midst of his performance as an adviser on the MobileCoin project, an occurrence that has further fueled the speculations. MobileCoin did try to clarify its position with Signal earlier this month stating that although Moxie advised them, the messaging service is totally independent of their product.

However, if the claims prove to be true in the long run, Signal will go on to set the ball rolling for popular messaging services in the crypto and digital payments space. It is worthy to recall the efforts of the likes of Facebook and Telegram who envisioned such a future for their platforms but were met by severe regulatory opposition. It must not be forgotten that MobileCoin is a privacy coin. Integrating a privacy coin on a privacy-centered messaging platform would raise quite a number of eyebrows and put the company under severe regulatory scrutiny. Also worthy of note is the prospect that such a level of anonymity, both in conversations and financial transactions could serve as a driving force for illegal activities and make Signal a potential crime hub. So, if Signal decides to ply this route it is expected that they may likely face the same fate as Facebook and Telegram.

It is not new knowledge that Facebook has not backed out on their idea and has instead devoted time to revising and redrafting their proposition. This is because the idea of messaging services integrating crypto payment services on their platforms though highly regulatory touchy is an innovative one. The level of decentralization and access to financial services it would provide need not be overemphasized. Time will however tell if the reports can be relied on or not.

Let us know what you think in the Comment Section…