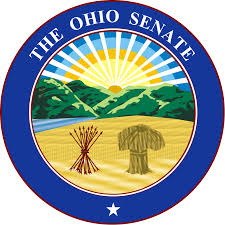 December 2, 2020 saw the enactment of a new blockchain centered law in Ohio as the Ohio state’s House of Reps passed the House Bill 220.

The state’s House of Reps passed this new law just a day after it was presented to it. This novel legislation will facilitate the easy use of blockchain technology by the State’s agencies in their daily business, peradventure it is endorsed by Mike DeWine, Governor of Ohio.

The bill states that it enables government agencies to “utilize distributed ledger technology, including blockchain technology, in the exercise of its authority,”

The 89 Yays that formed the majority consensus for the bill to be passed surpassed the two nays that was set to disallow the bill from seeing the light of the day. It appears that the Democrats were in full support of this new blockchain bill.

Set to be the center of attraction for the blockchain sector, Ohio has always been one step ahead of many other states in the United States to establish a legal framework for the application of the nascent technology that is blockchain.

With a recent law, enacted in May, that allows voting via blockchain, Ohio has been paving the way for blockchain regulation since 2018.

NEMS is set to Release the ‘Symbol’ Blockchain