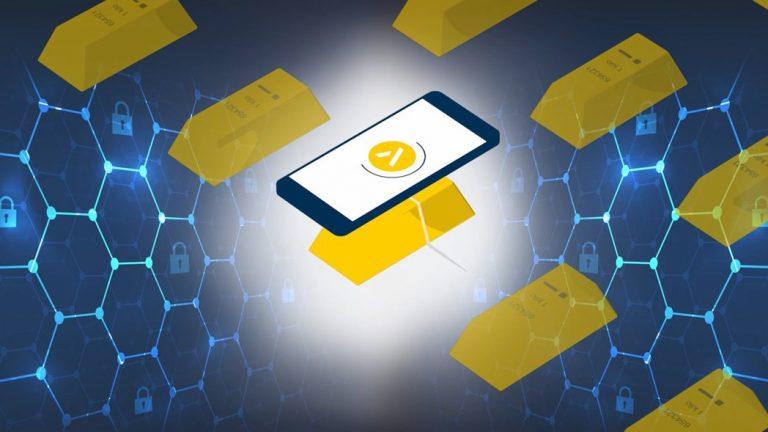 With the US dollar facing headwinds, notably the coronavirus pandemic and an upcoming presidential election that could be among the most contentious in recent memory, gold has taken over as the preferred store of value for many investors. The price of the yellow metal has soared by more than 30% this year and recently surpassed an all-time high of $2,000 an ounce, as investors once again responded to market volatility by turning to the most trusted and longest-serving safe haven asset.

Accessibility, however, continues to be a problem for gold as an asset class. Adding gold to a portfolio presents well documented logistical challenges, primarily the cost of storage and difficulty of transfer, which can discourage or exclude investors.

Various blockchain-backed projects have attempted to address these obstacles, but many have failed due to their reliance on a centralized process which involved the issuer minting tokens on their own platform. This model created a single point of failure risk because users had to trust the issuer to hold the correct quantity of underlying gold.

In 2017, Aurus Technologies identified the need for a decentralized solution to this problem. The firm subsequently developed an open-ended blockchain platform which allows various stakeholders in the gold industry to independently mint their own gold-backed tokens, known as AurusGOLD (AWG). Each AWG token is redeemable for one gram of 99.99% gold sourced from LBMA-accredited refineries, held in independent vaults around the world. Direct Bullion was the first broker to participate in the Aurus ecosystem, tokenizing five kilograms in late 2019.

In addition to making ownership of gold more accessible, AWG also functions as a viable currency through the use of the firm’s newly launched AurusGOLD Card. It meets the three core criteria of a currency – the tokens allow it to be used as a medium of exchange, and it benefits from gold’s function as a store of value and unit of account. An inflation-hedged currency could prove valuable in the coming months and years following the unprecedented fiscal and monetary stimulus launched to offset the economic impact of the pandemic.

The ecosystem’s revenue-sharing model encourages gold providers and vaults to mint AurusGOLD tokens, as they earn an equal share of 30% of the revenues generated from the usage of AWG, through its transaction and storage fees. The other 70% of generated revenue is distributed to holders of a secondary token called AurusCOIN (AWX) which presents a unique investment opportunity in the entire Aurus ecosystem.

The Aurus team has a strong track record in the blockchain, commodities and financial sectors. Managing Director Guido van Stijn has held senior positions in commodity brokerages, he sits on the board of a major Latin American NGO and has advised Dutch banks and pension funds about leveraging blockchain technology. The firm has also carefully recruited highly experienced non-executive directors, including a former board member of a regulated gold trader, a former director of the UK’s biggest gold refinery and a former CEO of SPDR Gold Shares, provider of the world’s largest gold ETF. You can read more about them here.

Investing in the Aurus ecosystem

Returning to the investment opportunity – AurusCOIN (AWX) gives investors a stake in the Aurus ecosystem by delivering a regular revenue stream paid in AWG. Thereby making it one of the first instruments to generate a dividend for gold investors. From the total supply of thirty million AWX tokens, Aurus is now offering institutional and sophisticated investors access to a maximum of five million AWX in an effort to raise $12,500,000. The first tranche of one million AWX is already on sale at a price of $2.50 per token.

Aurus will use the funds to develop and expand the ecosystem. The primary goal is to boost AWG’s market capitalization to $10 million and daily traded volume to $300,000 by the end of the first quarter of 2021. The firm also plans to add more gold providers and vaulting partners to further increase the decentralization of the Aurus ecosystem, as well as introducing new distribution channels and other commodity backed tokens.

Aurus is playing a critical role in the democratization of the gold market. AurusGOLD (AWG) gives holders the chance to trade as little as a few cents worth of the precious yellow metal, and it functions as a sustainable and globally viable currency. Investing in AurusCOIN (AWX) not only supports the launch of this new product in one of the world’s oldest industries, but it also provides valuable portfolio diversification and a passive revenue stream in the form of gold delivered by an innovative asset class.

For a copy of the Investor Brochure, click here.