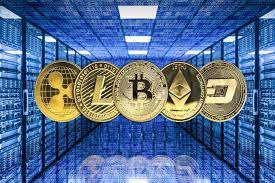 Crypto Fintech giant, Pantera Capital, recently published its periodic report and emphasized that fiat money is going to nought and that smart people should start taking away their money from it. The report stated that:

“Stay long crypto until schools/daycare open. Until then the economy won’t function and money will be continuously printed.”

The US is in a Huge-load of Debts

The released report shows the huge load of debt accrued by the US due to the COVID-19 pandemic that caused the economies of the world to collapse. When looking at the United States’ addictive reliance on quantitative easing, i.e. money printing; exploring more reliable investment or currency alternatives may just be the smart thing to do.

According to the report:

“The United States printed more money in June than in the first two centuries after its founding. Last month, the US budget deficit-864 billion-was larger than the total debt incurred from 1776 through the end of 1979.”

On the flipside, cryptocurrencies such as bitcoin, ethereum, USDT and the likes appear to be relatively inflation-proof and for this reason, there will not be a need for inflation adjusted numbers as such. It appears that the surest bet may be bitcoin or gold as a relatively reliable store of value.

Popular Crypto exponent, Peter Schiff, made it known that “the US dollar isn’t just going to go down but it is in fact going to crash.” This is a wake-up call for the world to explore new options as store of value.