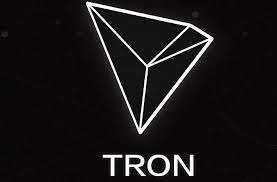 The CEO of BitTorrent, Justin Sun has announced the launching of three new DeFi products that are built on the TRON blockchain network. This development is to make TRON greater in the Decentralized finance sector of the Cryptocurrency industry. Justin Sun announced the launch of the three DeFi products on 4th July via his social media platform (Twitter).
The three TRON-based DeFi products to be launched were JUST Swap, JUST Lend, and JUST BTC. He also noted that the JST token would be the token for the whole TRON-based DeFi ecosystem. He explained in the tweet that the token would cover areas in decentralized loans, decentralized trades and cross-chain.
Justin while explaining the three proucts said the first product, JUST Lend will be a place where TRON users can earn interests on borrowed assets against collateral. JUST Swap is a “fully decentralized on-chain protocol for token exchange” while the last, JUST BTC is a TRC20 token backed at 1:1 ratio by Bitcoin.
Justin Sun has also taken the opportunity to pitch TRON to Tesla and SpaceX CEO, Elon Musk after the latter dropped a tweet denying him being in connection with the world’s second largest cryptocurrency, Ethereum. Justin Sun invited Elon Musk to check out TRON in a tweet where he claimed that the prominent billionaire, Warren Buffet is a witness.
This announcement by Justin Sun has attracted some comments from “crypto Twitter”. One user claimed that TRON was not decentralized and it should be a “Centralized finance- CeFi”. Another said “it as a genius idea as there will be instant and free transactions of BTC”. However, there has been controversies about TRON’s decentralization since Lucien Chen, the company’s ex CTO and Co-founder stepped down from his role last year. He did this on the basis that TRON had become too centralized.