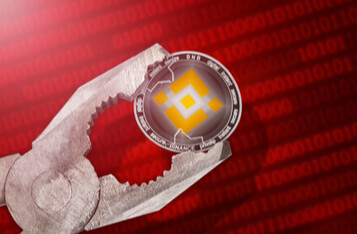 Following Tron’s move to onboard steemit, the community didn’t seem to have taken well to a change in leadership. In a move to pacify the Steemit community after the recent showdown, Binance Representative recently published a letter of apology in order to address the situation from further spiraling out of control.

The letter which was addressed to the STEEM community on March 10, where binance tendered its sincere apology for the recent situation involving STEEM, stating that the unpleasant situation stemmed from a lack of proper communication about the specifics of the blockchain’s upgrade/hard fork, while also declaring that their decision to participate in voting has now been reversed following the outcry from the STEEM community.

Binance also vows not to pick a side in the ongoing situation as it has no interest whatsoever in on-chain governance beyond its ecosystem. Holding only a supportive position of normal upgrade/hard fork with the intention to maintain the present status quo in the future.

The content of the letter further stated that it hopes the STEEM community and TRON foundation led by Justin Sun will reach a swift consensus in an efficient manner. Going on to declare that if both parties failed to reach a truce and it poses potential risks/damages to STEEM users on Binance, they reserve the final right to take necessary actions with the approval from its users.

Binance engaged in community voting with the interest of its users in mind, providing staking services to PoS-based crypto users on its platforms. The staking rewards generated from community voting are fully disbursed to the respective users at a specific period.

Rounding up the letter is the part where it promised to continue to distribute staking rewards to users on a regular basis while showing it has completed the process of powering down all 31,730,000 STEEM. According to the voting rules on STEEM, the Steem power is withdrawn over a period spanning 13 weeks which is also the total amount that was selected.

Akoin Partners with BitMinutes to Take Banking Facilities to the Unbanked