You Can’t Regulate Crypto, You are doomed to fail, John McAfee tells the US Government
Advertisement 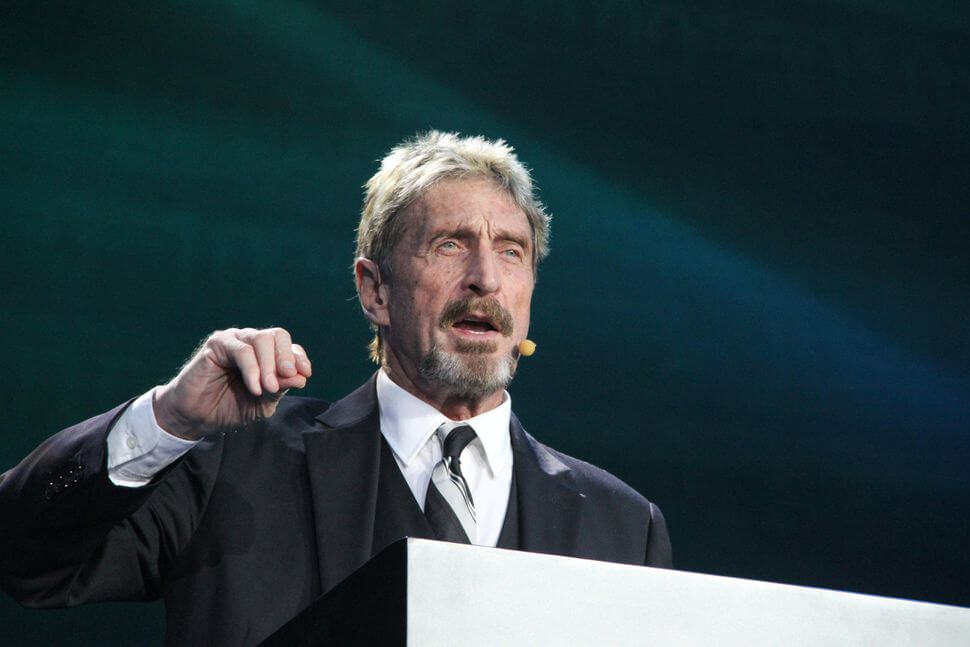 In a self made video posted on his personal twitter account, the creator of McAfee antivirus John McAfee has opened up on his opinion on government intervention in cryptocurrency and blockchain industry.

The doomed attempt to regulate crypto, and why it is doomed. pic.twitter.com/wd7hfiH4Ch

In the Video, the strong and vocal crypto supporter made it known to the whole world that government intervention to regulate cryptocurrency is doomed to fail. He stressed that cryptocurrency is a private thing and that it is unwise for government to attempt to regulate it.
While comparing the government’s history of regulating drugs to cryptocurrency, he said that regulations are designed to protect consumers and to make criminal activities more difficult. Regulations are to protect people from scams, schemes, coin artist and other bad actors. Giving an example, he pointed to the numerous fake twitter accounts impersonating him asking gullible people to send one BTC or half a BTC to an address and have five BTC sent back. And people do fall for these.
According to John, “anybody that stupid, you can’t protect them”. Eventually, we would need regulations to protect people from themselves. Continuing, he argued that you can’t stop anyone from doing something to themselves in private. It is impossible, he concluded.
Coming back to Drugs and Regulations, the Cuban based crypto advocate said that the US has the greatest legislation and largest force to prevent drug uses and sale, but the country still remains one of the largest drug market on the planet in spite of all the government has done. The latest drug bust of a JP Morgan Container could testify to this.
Reiterating, he said, “you can’t stop what someone does with their mind, body and money in private”. Therefore as we are doing everything in crypto in our privacy, with our devices, then the government can’t regulate crypto. Taking a swipe at the Politicians, he said “they do not understand it”
Concluding, he begged the politicians to “wake up”.
John McAfee is currently in Cuba where he desires to run for the President of the United States in the forth coming elections. He has reported via twitter also of the government plans to apprehend him however, he has remained an open advocate for what cryptocurrency and blockchain mean to personal freedom. He aims to use the Presidential platform to tell the Americans and the world about Cryptocurrency and what it can do for every society.
With many voices including the US President and famous economist Nouriel Roubini coming to voice their issues with cryptocurrency, McAfee remains on