The Crypto Community Welcomes the Release of Ethereum 2.0
Advertisement 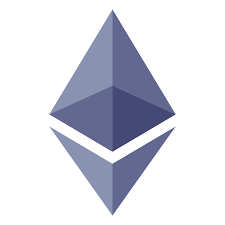 Ethereum has stormed the crypto space with its first phase of “the next-generation proof-of-stake (PoS) Ethereum 2.0” . Beaconcha.in. disclosed that the first phase of the Serenity phase was released at 1:00 pm WAT on Tuesday, the 1st of December, 2020.

The Ethereum developers have been setting up Ethereum 2.0 since the present proof-of-work (PoW) network was established far back in 2015. It promises the perks of a one-stop blockchain for distributed or “decentralized Computer-based Apps.”

With this latest release, the present Ethereum network will experience an evolution into a new mode of settling payments on the go. This Beacon Chain promises to establish a faster and more transparent Ethereum blockchain.

“The launch of the Beacon Chain is a huge accomplishment and lays the foundation for Ethereum’s more scalable, secure, and sustainable home, says Danny Ryan, an Ethereum Foundation Researcher. “There is still much work to do, but today we celebrate.”

Created by Vitalik Buterin, a Russo-Canadian, the Ethereum Blockchain and now the most recent Beacon Chain is the product of years of extensive research and pressure from the investors that make up the Ethereum community. Buterin saw an era when Blockchain will be utilized for more than just a digital currency but to power various decentralized Apps and functions. He was bent on utilizing the  POS Consensus Mechanism instead of the usual Proof of Work (POW) mechanism.

The Ethereum Community has patiently waited for the ETH 2.0 release which has been stalled by delays upon delays. This new program presents a whole new feature of being accessed via multiple languages. This appears to be one of the many reasons for its stalled release over the last five years.

Tudor Jones Projects that Crypto Will Take Over World Economies