Brad Garlinghouse,CEO of Ripple Predicts the death of Most Cryptocurrencies
Advertisement 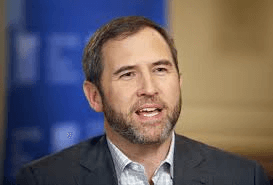 The CEO of Ripple, Brad Garlinghouse has predicted the death of the majority of all the cryptocurrencies in existence. According to him, they will likely go to zero.
This prediction was made via a live interview with Bloomberg where he said very few number of cryptocurrency projects will survive and grow significantly as they are concerned with actually solving real life problems.
Others will likely fail because they can not support or solve real life problems. According to Brad, “Anytime there is a new market, there are a lot of people that run into that market and try to show that they can solve a problem, they can deliver a customer need.”
With more than 3,000 cryptocurrency that trade on a daily basis, he said, very few of them will actually be able to meet customers needs, and the majority of them will probably go to zero.
The same prediction made by Brad Garlinghouse has been made by others before most especially during the ICO boom days that say
w thousands of cryptocurrency project launched offering various “moon shot” products and services.
Max Keiser had also predicted the death of majority of altcoins according his twitter post in August, which reason “#Bitcoin dominance 68.2% — heading to 80% — as alts die in favor of BTC. The 2014-2017 era of alts and hard forks is dead. Don’t be the last to rotate out of alts into BTC.”

The growth in cryptocurrencies is caused by the hype around the crypto ecosystem, Garlinghouse said

Ethereum to be Marketed and Promoted by a DAO – Marketing DAO