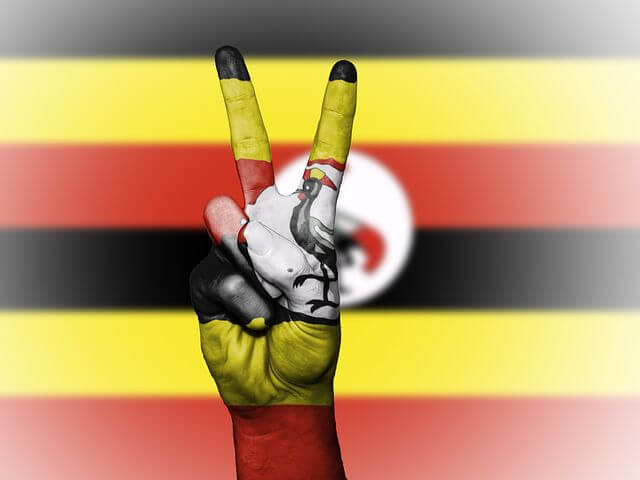 UCC is the regulatory authority with oversight of broadcasting, postal and telecommunications services in Uganda
In order to achieve this, four girls, graduates of Makerere University in engeering and computer science were sponsored by Uganda Communications Commission (UCC) for a unique blockchain software programme for a three months training in Ethiopia. The four girls each emerged with distinctions in the training. The girls were Daizy Obura, Elizabeth Ahumuza, Lillian Namusisi, and Sandra Alinaitwe. The idea of training the four girls for the blockchain software was as a result of the partnership between UCC and Crypto Savannah, a local firm at the forefront of the blockchain and innovation ecosystem.
At the occasion to welcome the four outstanding Ugandan girls for the  completion of the Blockchain software development program, Eng Godfrey Mutabazi, who has been the UCC Excutive Director for the past 10 years, lauded Crypto Savannah for embracing such an auspicious technology.

Mutabazi congratulated them, adding that UCC will continue to deliberate and educate the population on the new technology.
“We congratulate you upon that achievement,” he said. “We are open for engagements and partnerships with local industry associations like the blockchain association of Uganda and exchanges like crypto savanna,” he added maintaining that “There is no doubt that Uganda is eager to adopt blockchain technology.”
Noah Baalessanvu, Crypto Savannah’s founder  had told journalists that: “Blockchain improves and makes cheaper the way money moves from bank to bank not only in Uganda but across the World, in other words, remittances even becoming cheaper. We can think about blockchain as a solution to our land tittle problem because it prevents fraud and once something is on the blockchain, cannot be altered or defrauded, he said adding that can really bring value as long as our land titles are concerned.”
One of the students who received the blockchain training by the name Elizabeth Ahumuza said that the idea of blockchain technology  will help them build blockchain backed applications that aren’t easy to hack.
“Blockchain gives us a great opportunity, it is like a stepping stone for our country Uganda,” she said, adding  that the technology has a lot of advantages. “For example, when you’re in an organization that uses blockchain, everyone is able to see what is happening, any transaction that comes in and what goes out. And another thing, it tightens security; it is very hard to hack a blockchain built application because it is built on blocks and each block is intertwined with another.  To hack such a system you need to put down the entire system which is very impossible.” The four students were later awarded certificates by UCC and Crypto Savannah.

The Private Sector Participation
The Excuctive Director of UCC, Eng Godfrey Mutabazi, at the same occasion prayed  the private sector to welcome the new revolution technology instead of looking up to government support.
“Such technologies should be owned and managed by private organizations or individuals, don’t let every technology oriented project be headlined by the government, rather its government’s duty to help in where necessary and maybe collect taxes from such technologies or companies,” he said.
He made it clear to them that  the blockchain technology has demanded attention despite the global blockchain ecosystem grappling with inconsistent usage and definition of terminologies. And hence, shared his believes in Uganda’s participation into this awesome innovation by saying that “Uganda remains on the starting blocks with the rest of the world and therefore has an opportunity to leapfrog or position as regional or global in the blockchain powered industrial revolution.
Notwithstanding, he let the people know that as a country they need policy leadership and 4IR technologies. In his own words: “we need policy leadership in ICT and 4IR technologies if we are to gain from the much-acclaimed benefits of blockchain technology.”