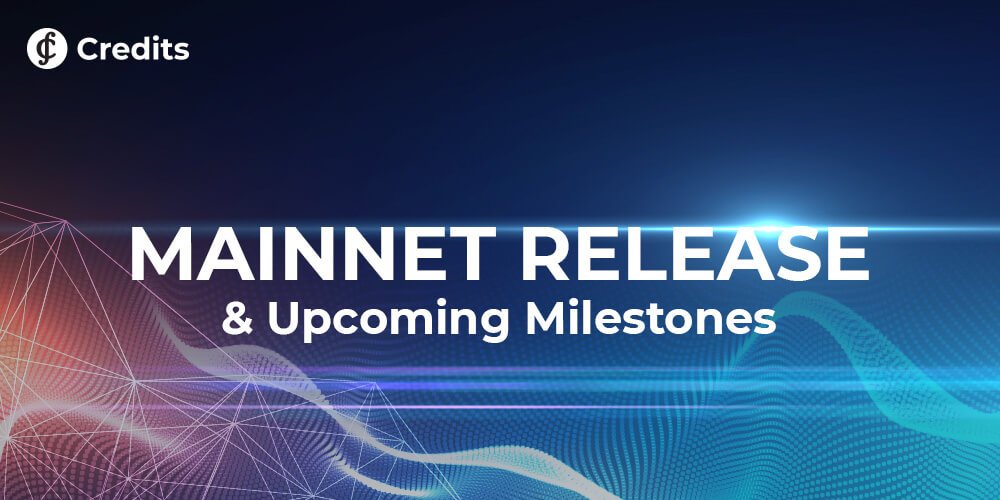 Credits, in a recent community update, announced the launch of Credits Mainnet. In the same article, the concerned company did well to make available the details about their key events- providing all necessary details about the 2019 Credits Platform Roadmap, market entry strategy, and approaches to enhance project visibility.
Among the topics for discussion were the Source Code release and Bug bounty, Token swap, Platform Tests and Infrastructure Development.

As rightly put by the Team, the scheduled date for the launch of the Credits Mainnet is 31st, March 2019. in the press release, the team shows that the launch would include the public availability of the main credits platform components which are Credits Node-full client software; Credits Monitor-Blockchain explorer; Desktop Wallet- the desktop version of wallet with full functionality; Web Wallet- web version of wallet.

The Credits Technical Roadmap for 2019

The roadmap for the project which was presented from March 2019 gives the idea that the platform contains all necessary functionality to start using software for the development and Production of DApps. Further emphasis was put on the fact that this current product which is being tested isn’t the final one.
According to the team, in subsequent releases, they hope to launch a series of optimization processes aimed at enhancing the network and data storage module, API and also plans to further develop their SDK are in place. Credits further stated that more significant updates would take place through hard forks.

The Credits Technical Roadmap for 2019

The Blockchain community has recorded tremendous success since its invention mainly because of the fact that it is Open Source. according to Credits, even though it had been very cautious over the publishing of the Source code just before the Mainnet launch, it is points out that it had in time past prior to now, made available its code to private independent auditors who made sure to validate and give feedback which the team have incorporated to make the Credits Platform fast, safe and secure.
However, with the release of the Mainnet, the Credit team have said that it will begin publishing the complete source code of Credits Protocol in GitHub. This progressive move will commence in the month of April until the full code is out there in the community and is available for public perusal.

“Its a very important step that will increase the rate of transparency of the project, increase the developers’ audience and increase platform adoption. We hope this release form provides the basis for the joint use and collective development model, enhancing the project ecosystem.”
– Team Credits

At the completion of the publication of the source code, a Bug Bounty Campaign will be launched (Read about bug bounties). This will seek to improve the quality of the code and eliminate minor bugs. More info about this will be provided on their medium handle on a later date.

Credits intend to have two phases for their token swap beginning with the Mainnet launch.
Phase 1: Development and Stability Test
We will also provide a partial swap option with a fixed limit amount of coins per person to allow for the development and use of decentralized applications and services, based on the Credits protocol. Exact amount of coins available for the swap will be announced when Mainnet will go live.
Token Swap Phase 2 – Public Swap
According to Credits, a full swap of tokens will occur after 2-3 months of stable Mainnet operations. This measure will be taken with a focus to maintain a high level of platform security. As such, the intentions are to carry out our bug bounty campaign and test the level of platform workflow at different layers before the beginning the common public swap.
The common public swap will be accomplished via either exchanges or via a smart contract. The token swap will be announced 1 month prior to the commencement of the swap.

In the second and third quarters of the year 2019, the tests for Decentralization and Capacity will be carried out after publication. Credits is coming up with programs to support the promotion of product and services that will utilize the Credits Patform. Approved projects will receive $10000 grants to build their projects on the credits platform. Other community members will receive airdrop on a future date.
Among the numerous achievable projecs at hand, the Credits team went ahead to mention that: