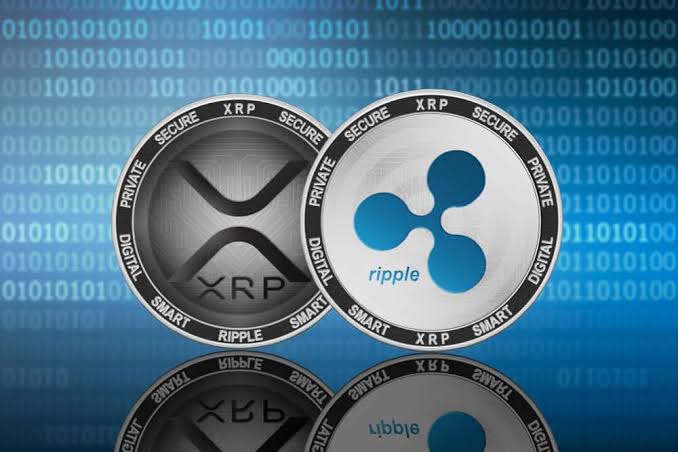 With a court case pending resolution, things do not seem to be going well for Ripple Labs’ native coin XRP. Just yesterday on 8th February, the third-ranked cryptocurrency lost its position amongst the big three and slid down to the fifth position. This demotion came after Polkadot (DOT) a DeFi baby launched in August 2020 with the key aim to facilitate interoperability between blockchains, experienced an increase in its market cap, and overtook XRP on the ranking list. This is the second time DOT would be doing so this year having overtaken XRP previously in January.

XRP is barely holding on to the fifth position on the ranking and at the point of writing of this article, the coin succumbed and dropped down to the sixth position losing its stake in the top five before rising back to the fifth position again. Just recently as well, Bitcoin Cash (BCH) lost its position amongst the top ten to Stellar (XLM) and Dogecoin (DOGE). BCH has risen above XLM but still lies below the top ten with DOGE holding strong above it as number ten. Speculations on this reshuffling amongst the big boys in the altcoin world point to the fact that it is a result of the new “alt season”.

Coupled with its instability in position and dropping to such low ebbs, major shareholder Ripple Labs still faces strong legal opposition XRP still faces strong legal opposition with the United States regulators. These issues have not only caused a delisting for the coin but led to a ripple in price levels bringing the cryptocurrency to as low as $0.16. Although the company Ripple Labs has attempted to shake the foundations of the U.S SEC a bit by including Ethereum in the mix, the likelihood of XRP being classified as an unregistered security still looms like a dark cloud.

Polkadot’s amazing performance since its launch has shown that age is but a number in measuring the success of a crypto project. In the past week, its currency pair, DOT/USD has risen over 40%, and currently at the time of writing price levels are at about $23. Cardano (ADA), launched in 2017 is also in the mix. The market caps of the three coins currently hover, at the time of writing around $20 – $21 billion and all three are struggling for a spot in the top five rankings. Right above them is Tether (USDT) which boasts at the time of writing this article, of a market cap of over $29 billion.

Although the coin is practically being ignored by the big fish who seem to have set their eyes on just bitcoin (BTC) and Ether (ETH), proponents of XRP still believe in spite of the troubles faced that the coin is up for greater heights and continue to declare support.

What is your take on the above?

BTC To Hit 50k in The Coming Weeks